Wow, where do I start? We had planned this trip for so long! I felt lucky, and for so many reasons. Mostly, I am lucky that I had met Norm so many years ago. We met while snowboarding through mutual friends about 6-7 years ago. He is a part Japanese, part Jamaican, online sales manager for Canadian snowboard shop Source Boards and a great friend. We have snowboarded many times in many places over the years, and I always feel gRADitude when I get to ride in beautiful mountains with amazing people like Norm and our friends. This is him. 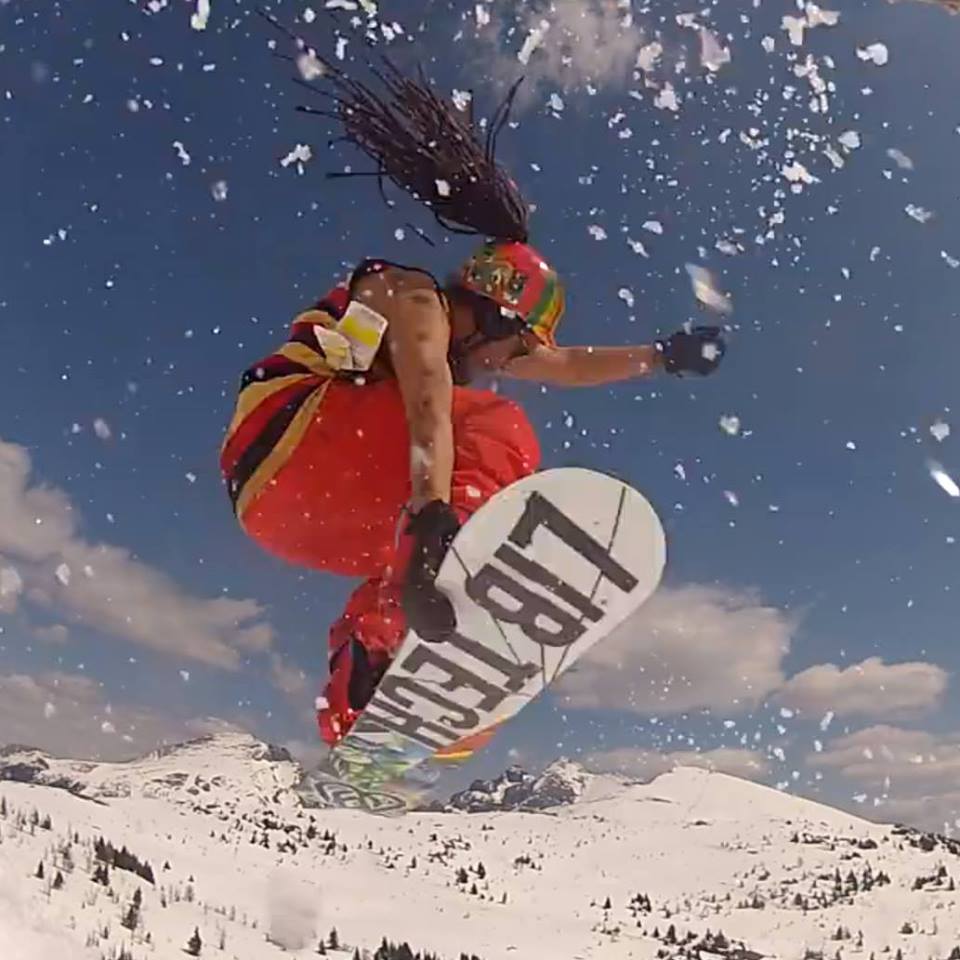 About a year ago I got a call from Norm and it was an invite to go to his Valhalla cat boarding trip, I felt like I hit the jackpot. I saw video of this trip from the previous year and what it meant was that I was going backcountry snowcat snowboarding with 23 other good snowboarders (well, there were two skiers in the mix) and friends. Now I've been backcountry snowcat boarding before, but usually we don't book the whole operation with a manager of a snowboard snop who knows the people who run the operation. Needless to say I was very very excited, and I bet that most of my friends and coworkers would vouch for that. The trip was 3 days for 12 people and 2 days for the other 12. Luckily I got bumped up from the 2 day trip to the 3 day trip when one of the 3 day guys cancelled... booyah!

It was March 20, 2015 and I got out of work early enough to pick my travel partner Mark up and load my truck with many many snowboards. 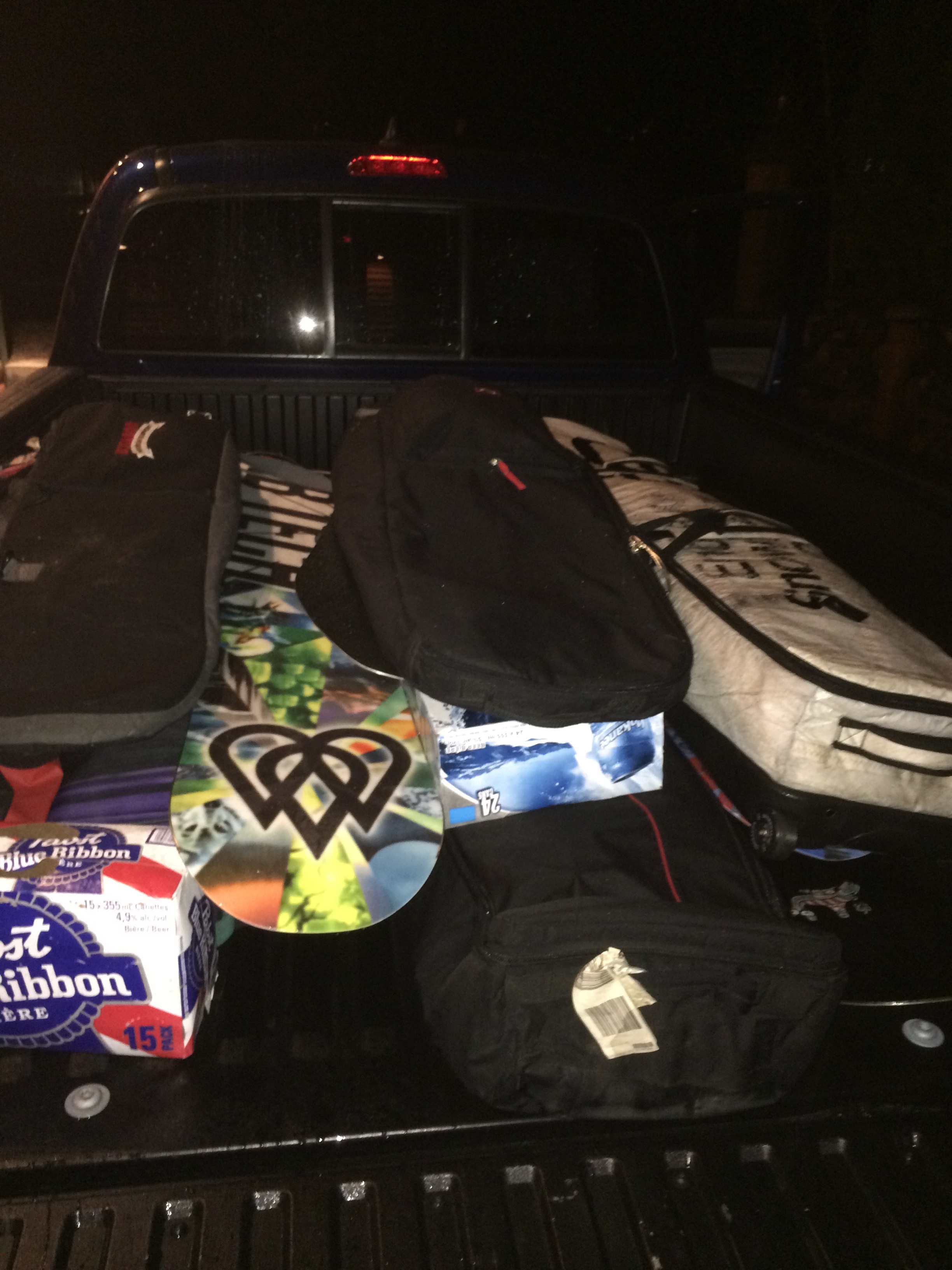 We didn't get to Nelson BC from Calgary AB until pretty late. Got some sleep, woke up early and we got some snow which made my first day at Whitewater pretty great. If anyone from Canada is reading, you will remember that most of Western Canada didn't have much snow in 2015 so I was pretty happy to see the white snowflakes falling outside that morning. Saturday night I made a side trip to see my Dad and some of his skier buddies in Rosland BC and I heard that I missed quite the party in Nelson because our friend Wacey DJed in the house that we had rented for quite the party. Sunday I got another day in at Whitewater but took it pretty easy in preparation for cat boarding.

Monday-Wednesday March 23-25, 2015 we woke up early, ate breakfast, and wen't for the time of our lives with Valhalla Powdercats. 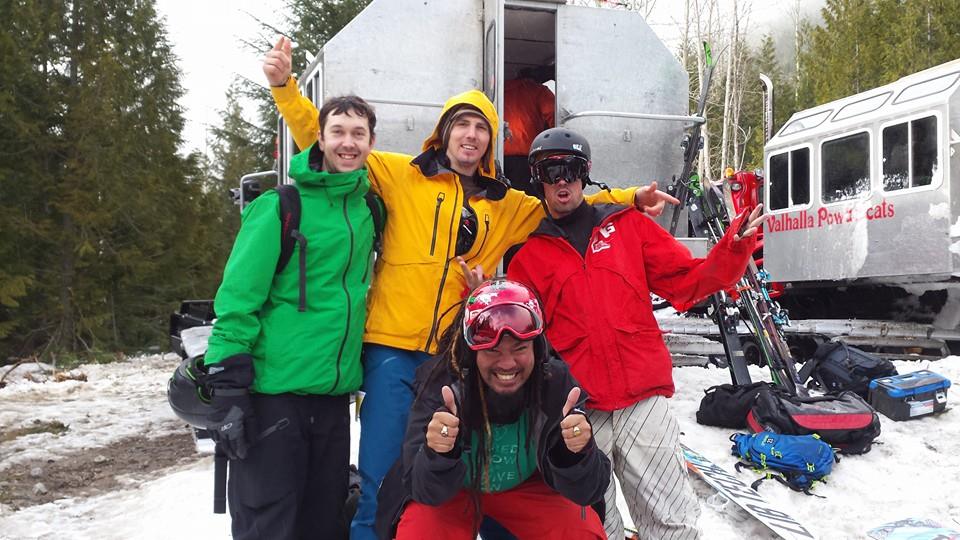 Day two was interesting in a couple ways. One, our friend Keith (viewed top centre in the photo above) slept in. It was quite entertaining because he had done the same thing the previous year so he was in big trouble with some of us who were there the previous year. Lucky for him he wasn't that late and chased the bus down in his car so that he could join in still. Second, day two was extra interesting because Clarke, the snowcat operator, had built two really nice jumps for us. The operation farmed that area for us and had kept all other clients off our landings for the previous month. It was very sweet, and I was very lucky to be a part of it. 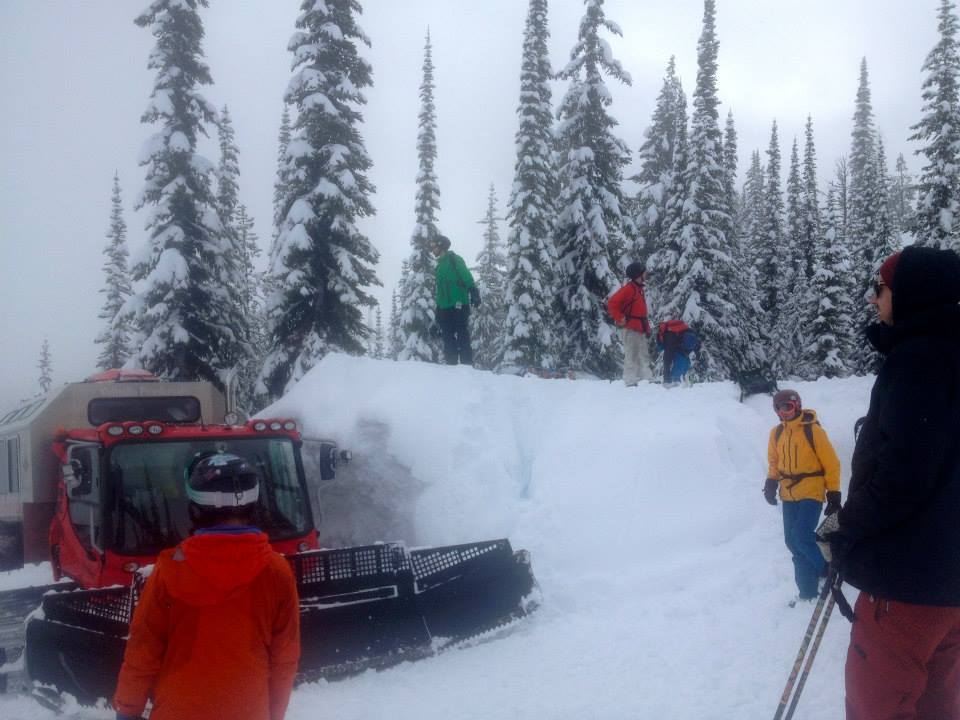 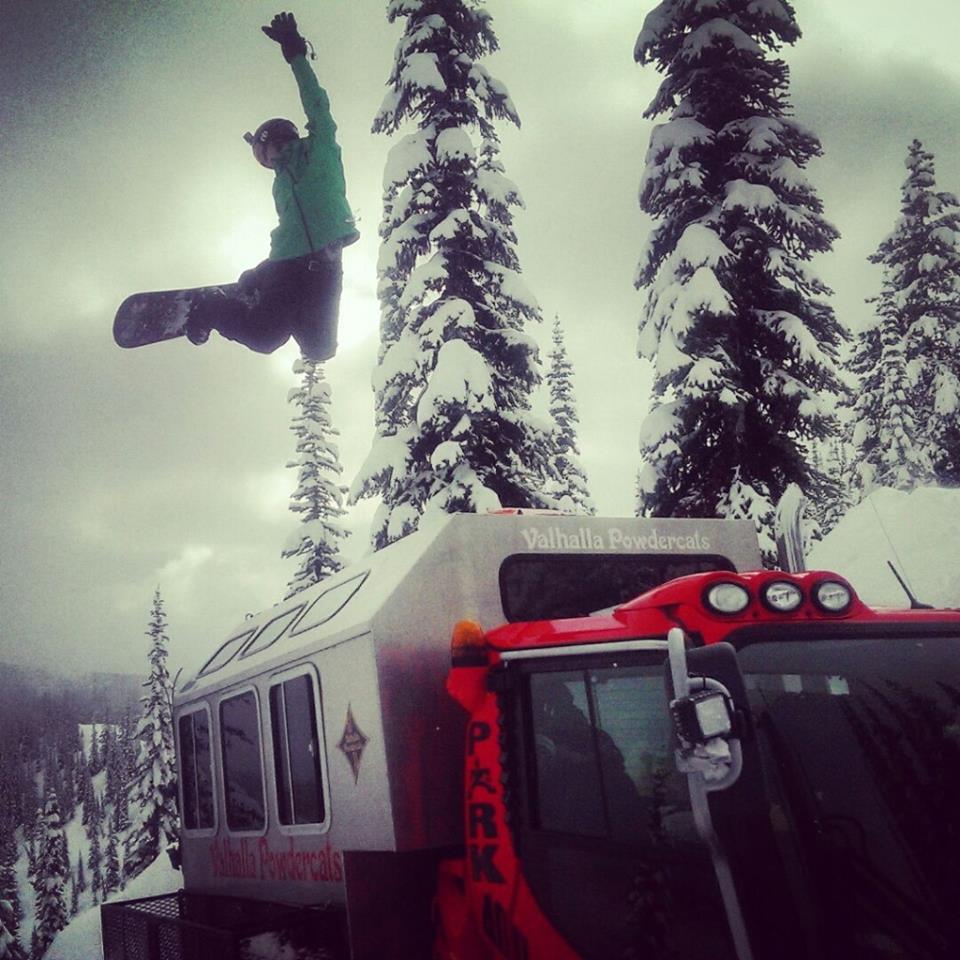 Really it is hard to describe how amazing the trip was. It is also hard to describe what backcountry snowboarding is like to people who have never done it. The snowboard you use is different and the bindings are set up different so that you can float. You gotta have back up goggles because your first pair will get fogged up and you need a back-up pair so that you don't loose your sight. You need a really strong back leg to keep doing the leg press keeping you floating in the deep snow. You need to pay close attention to your guides because otherwise you make a wrong turn and get lost in the depths of the Valhalla Mountains. And lastly you need skills because riding backcountry is vastly different from riding at a resort. With all that said, you WILL have the best time of your life if there's some snow out there for you. My Dad describes it like this, "It's like floating, swimming, and flying, all at once. And it's like a drug, once you ride deep powder once, you will become addicted." This trip was one of many backcountry trips for myself so I can truly say that I became addicted many years ago, but this trip ruined normal snowboarding for many of my peers. They got some of the best that BC has to offer for a reasonable price, and now snowboarding will never be the same. As for the rest of the details, check the video! I know it's long, seems bumpy (my helmet was a bit loose throughout the trip), and has some foggy sections, but please don't judge the video without watching it all.