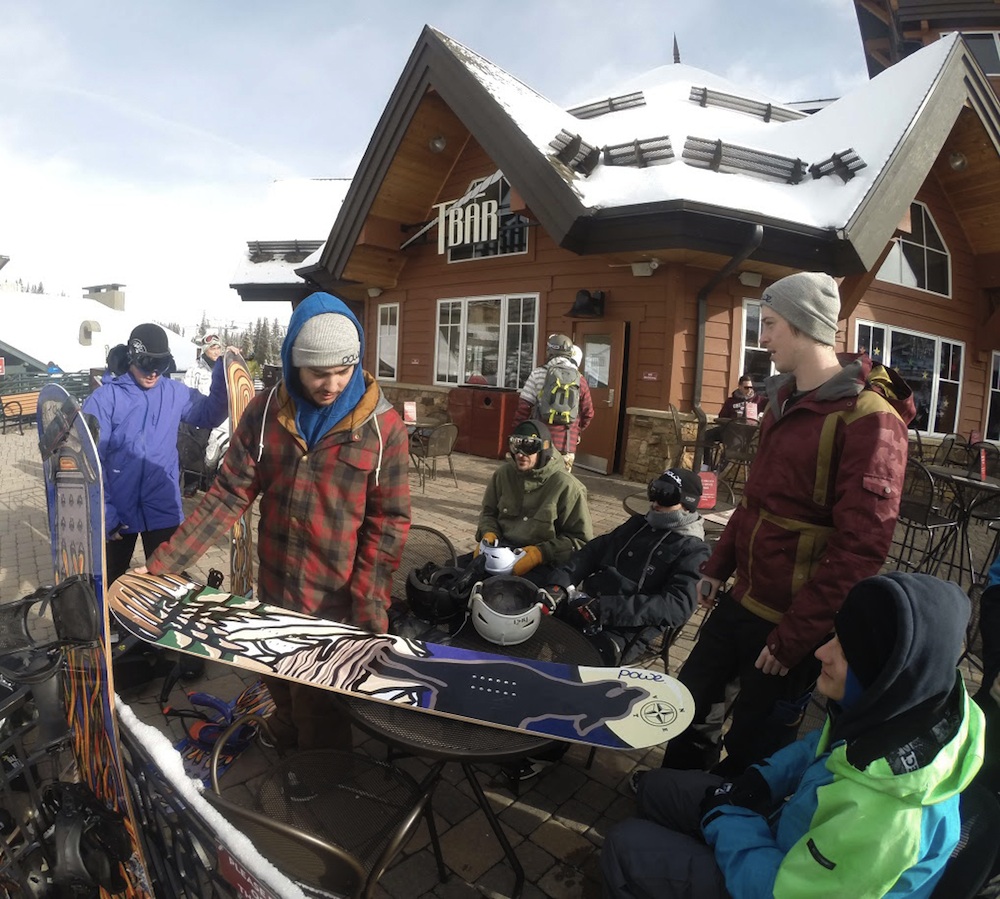 Vermont, in many ways, is where snowboarding exploded. Since the 1970's, one company’s market savvy and near-exponential growth have made it synonymous with the sport of snowboarding itself. The man who started it long ago reached one-name celebrity status, and helped make snowboarding mainstream.

Barely a few years later, Burton and Rome remained the only two snowboard companies in the Green Mountain State–a state with the highest percentage of snowboarders of any in the nation. One up-and-coming Burlington company, Powe. Snowboards, is changing that.

“Literally, Burton is the only company up here that’s relevant," says Powe. Snowboards CEO and artist Adam Vindigni. “There’s a giant gap between local riders and Burton, which is a huge corporation. We want to create a big snowboard community up here.”

For example, Vindigni explained, if it’s minus 40 degrees while you ride at Smuggler’s Notch, a good group of riders will support you and help you get through the day’s brutal conditions.

“The whole experience to us is more than selling people a snowboard,” explains CFO Rob Mortenson. “We want to create a stronger, more passionate community around snowboarding and around Burlington, and the larger northeast.”

Sending it in the East! Powe. Snowboards photo.

“We are trying to make somewhat of a different splash in the snowboarding community,” Mortenson adds. “We want to emphasize the fact that we are an East Coast company, this is our home, and we are proud of that.” 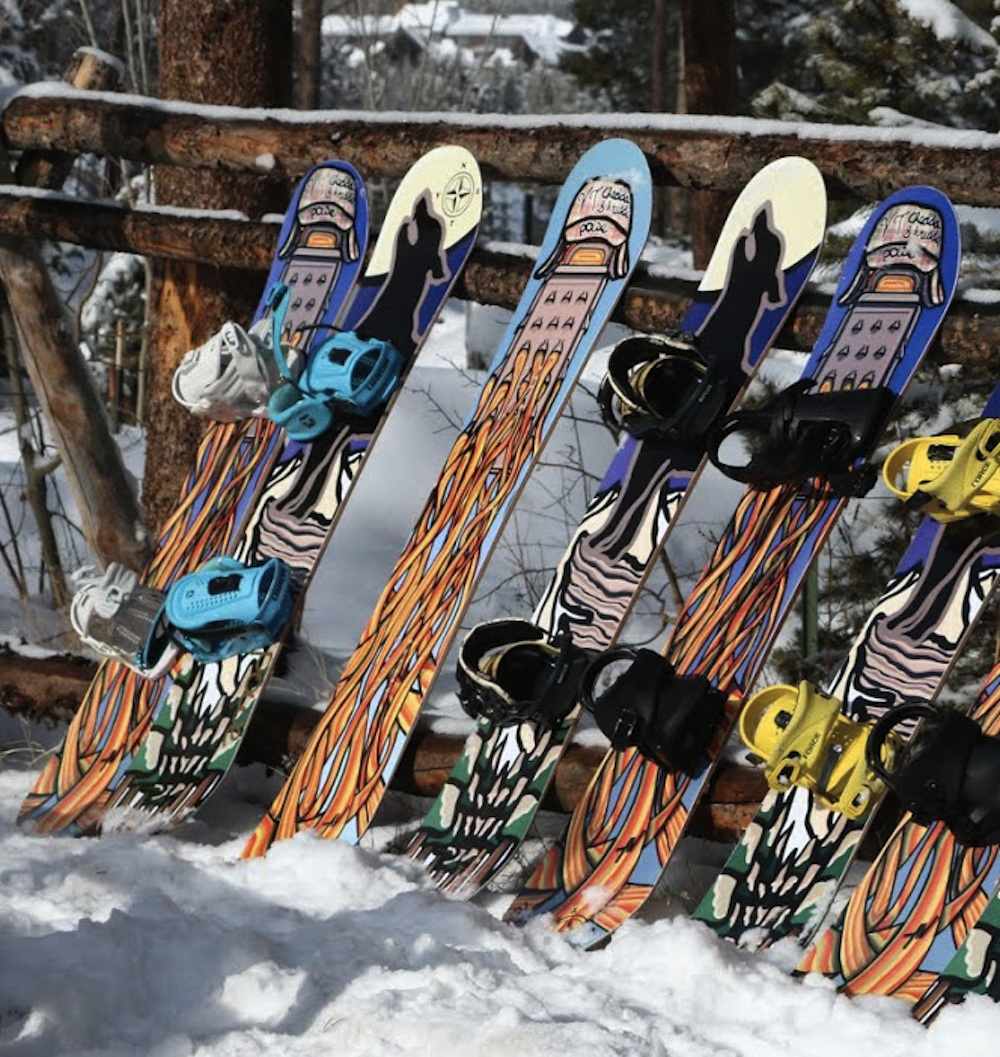 Next season, Powe. will become one of the only small snowboard companies to press children’s boards. Currently, Burton dominates the youth snowboard market, with K2, Capita, Protest, and Yes. behind it. The men behind Powe. Snowboards not only want to incorporate children into the Vermont snowboarding community through their Mountain Mentors program, but offer them an opportunity to help design next year’s youth snowboards.

“We wanted to start our children’s program in the beginning stages of the company,” Mortensen says. “We are big believers that someone who understands the mountain gets a more fulfilling experience than someone who just rides on it.”

We wanted to start our children’s program in the beginning stages of the company because we are big believers that someone who understands the mountain gets a more fulfilling experience than someone who just rides on it.

“We originally did this through a class we’re taking through UVM,” Romeo explains. “We were fortunate to take this program and expand it. We took kids to Bolton Valley last semester in collaboration with the Burlington YMCA. The YMCA loved the program. They want us to do it again this semester. So we’ll do one day with the YMCA at Bolton, and then we’ve started an enrichment program that's a weeklong 9-5 camp for local elementary school kids during their spring break. We’ll take them to rip the mountain, but they’ll also get an educational experience as well.”

The crew from Powe., many of whom study ecology and forestry, plans to expand their Mountain Mentors program to include summer, fall, and spring. They want to show the changing mountain environment to the kids involved, and also why it’s necessary for these environments to continue. The lesson plan seeks to fill the void between man and nature, explains Romeo.

“We’ve been able to form a personal connection to the mountain,” he adds. “A lot of mountain users don’t form that connection, so we want the kids to understand why it’s important to keep these mountains and forests healthy.”

We’ve been able to form a personal connection to the mountain. A lot of mountain users don’t form that connection, so we want the kids to understand why it’s important to keep these mountains and forests healthy.

The outreach lesson plan includes the kids sharing what they saw out on the mountain, their favorite parts of the day, and of the winter. Then, the kids will compose these experiences for topsheet and base graphics for next year’s Powe. children’s line.

They also are co-sponsoring fundraisers for Ianfund (International Avalanche Nestegg), an organization that helps children whose parents died in avalanches, the UVM Freestyle Ski and Board Team's events, and a student-run waxing and tuning service. 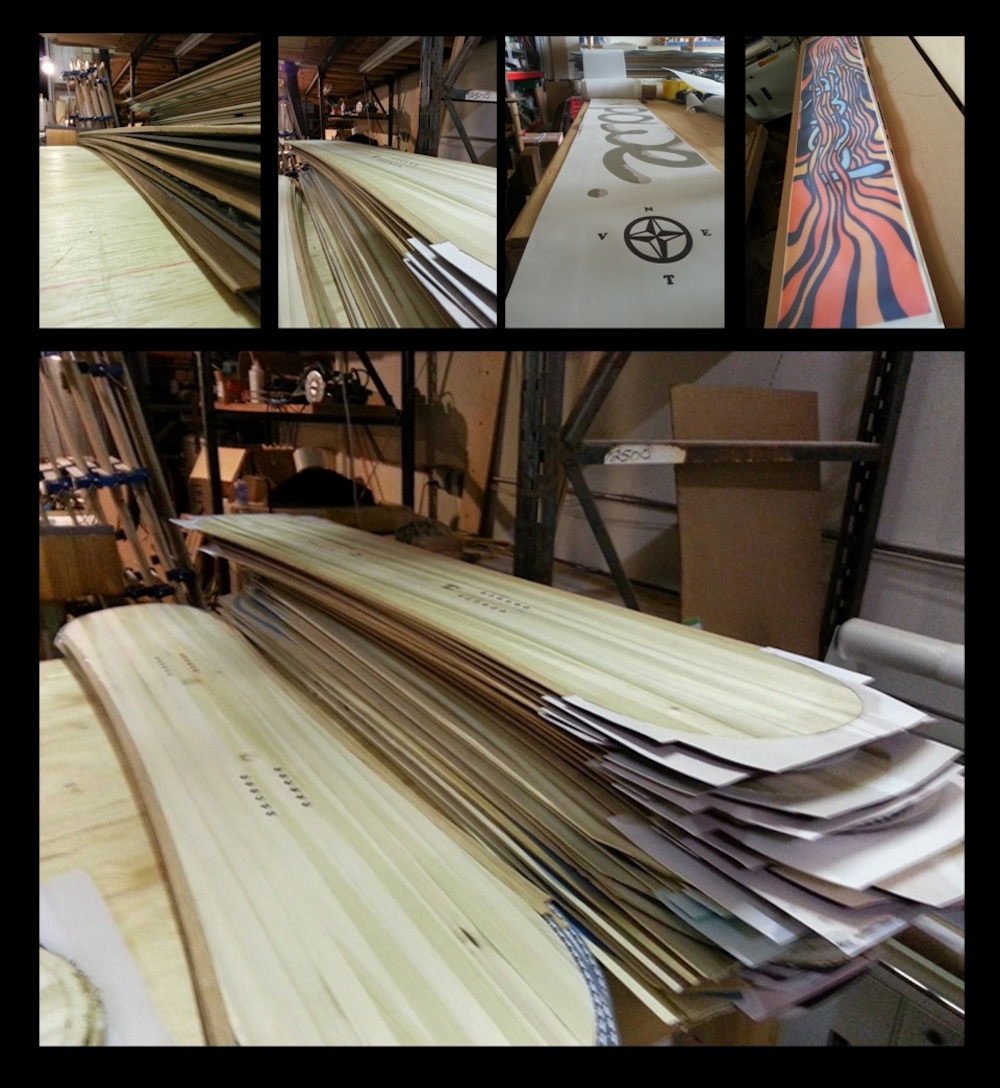 In addition to the children’s boards Powe. will produce next season, they will release as many as four new graphics depending on the amount of boards that get ordered via their direct retail program and local shops. Every graphic Vindigni produces will be treated like a limited edition art print. Once one graphic is sold out, Powe. will release a new one. Keeping limited edition graphics, Mortenson explains, allows Powe. to keep making new artwork.

“No one likes seeing ten people on the mountain with the same deck,” he adds, “so this is a way to keep it fresh and really bring the artwork into the equation as much as possible.” 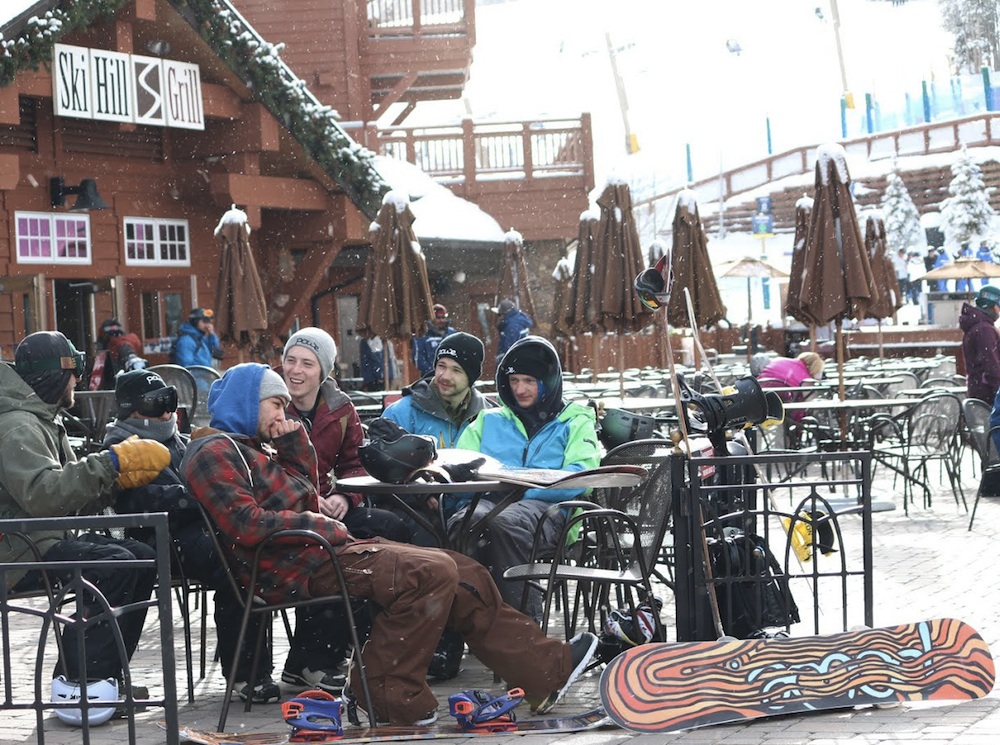 “To Adam and the rest of us, a graphic is not just something that should be placed on your snowboard,” says Mortenson. “He believes that visually what you see on your board can actually affect your experience and your mood while you are on the mountain. With that, each design he creates is created specifically to enhance your visual experience while riding down the hill.”

Vindigni explains that his design process is a little different.

“When a topsheet gets submitted, it needs to be a rectangular,” he says. “I submit the graphic in the shape of a board. I draw them all by hand with a pencil, scan them, and then go over it with my tablet so I can delete the pencil layer. I work from there to color it up. It’s definitely a process. I’m really doing a full-size snowboard painting every time, and every graphic is actually done at that size.”