Video: Antti Autti Explores the Realm of the Polar Bear

Nestled high above Northern Europe is a remote Norwegian archipelago known as Svalbard. It’s one of the last inhabited spots you’ll find before hitting the North Pole. In addition to the rugged individuals who call this place home, there are a few thousand polar bears, whales, glaciers, spectacular northern lights, and jagged mountains that dramatically rise out of the Arctic Ocean. Oh, and it’s got some pretty impressive backcountry zones—that is if you’re willing to brave the polar bears and brutal climbs. Antti Autti wasn’t undeterred by the arctic's apex predator and invited fellow freerider Enni Rukajärvi to join him for a unique snowboarding expedition as seen in Svalbard Unplugged.

“Svalbard” translates to “cold coasts”, which means that snowboarding out here requires an extra step: boating. All approaches start on the water, and it only makes things more challenging. However, Autti and Rukajärvi remained steadfast in their goal of splitboarding these incredible peaks. We reconnected with Autti to learn more about the adventure and what kinds of challenges he faced while exploring the northern island of Svalbard. 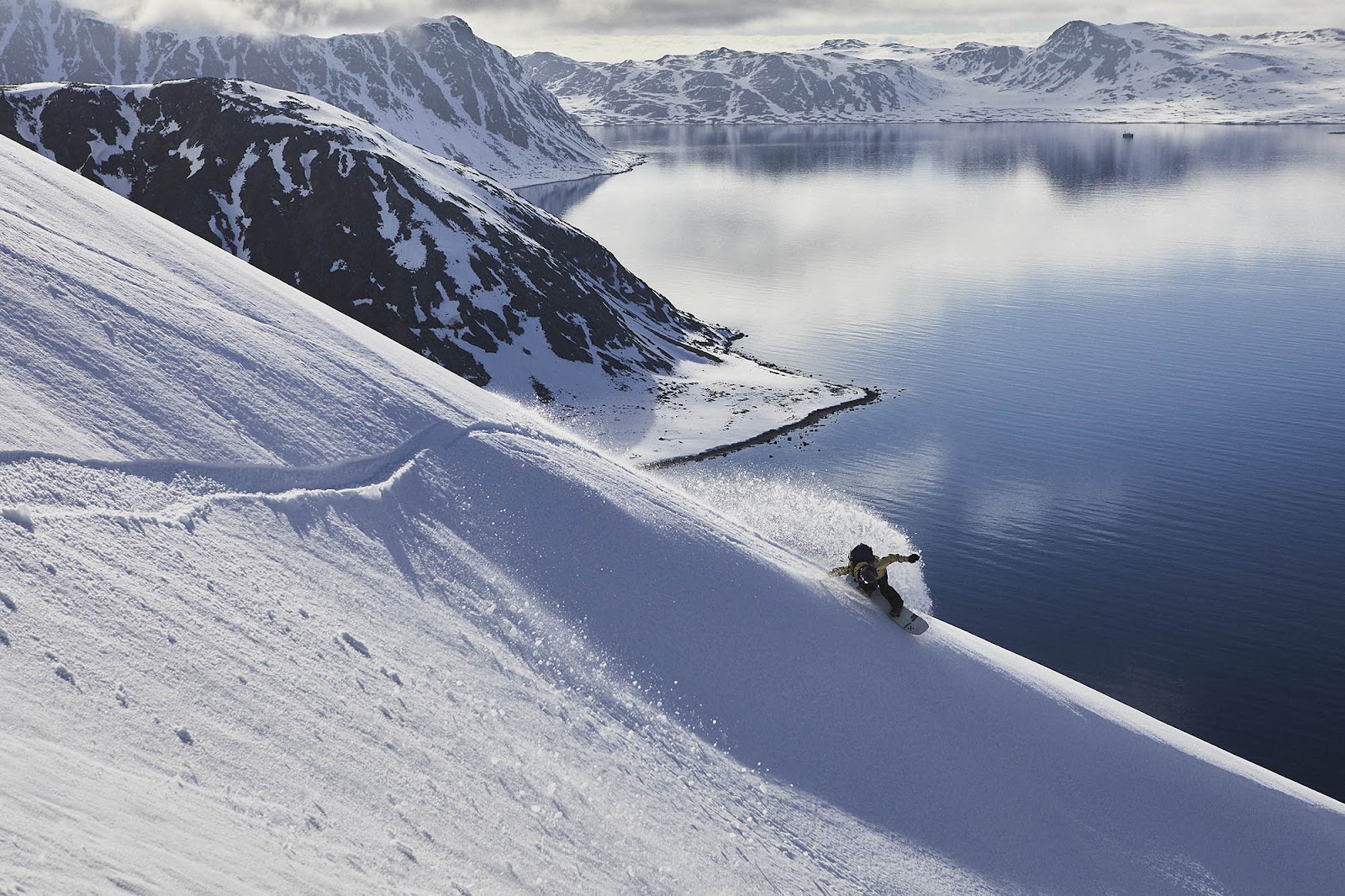 Views like this make the long approach completely worth it. Rami Hanafi Photo.

1. How did you discover Svalbard for snowboarding?

Svalbard is definitely a different place to snowboard. I’d say snowboarding here is just one part of the experience. Especially with our trip, we wanted to really see what Svalbard was all about. However, seeing all the potential that this place offers, it’s really hard not to only focus on the riding itself. Luckily during our trip, we were moving a lot from place to place so we had the chance to also see and live in the moments where polar bears were migrating and whales swimming in the ocean. Svalbard is pretty much the most challenging, yet rewarding place I’ve ever snowboarded.

2. Can you tell me more about what it was like approaching these lines with a boat?

It was very exciting. Our plan was to ride these coastal lines that rise from the sea. It was easy to spot which line you’d want to do but doing them was a different thing. First, you have to understand when is the best tide to approach these lines and obviously when there is a lot of sea ice. Oh, and there is most likely polar bears as well. Working the logistics for one line was very challenging at times but that was the best part of the trip also! 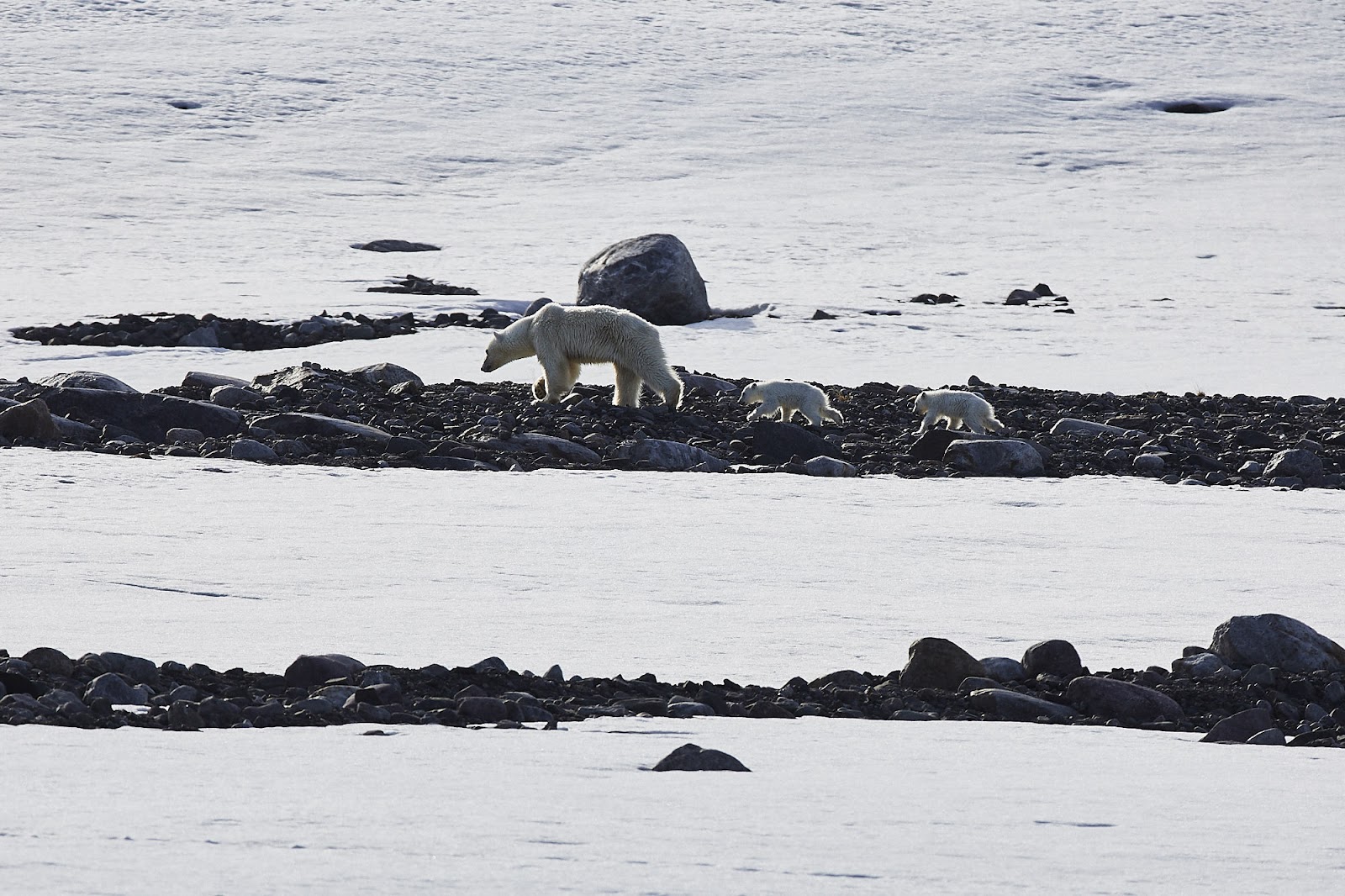 Best to keep your distance with these ones. Rami Hanafi

3. How worried were you about polar bears?

Well, I’d say not super worried because we had a great plan and guides that helped us work around Polar Bear habitat. The important thing was to understand that up we were much safer in the mountains than in the waterline. So, we often scouted the area before we went to ride. But sometimes when it was very foggy we had to cancel the mission because it’s very dangerous to move near the water without visibility. We saw eight polar bears during our trip which was a record for me. I’ve been to Svalbard three times and every year I’ve seen bears there but their size and speed never seem to be old news. It’s definitely one of the cutest but most dangerous looking animals on the planet.

4. This film has a bit of a more dramatic and darker feel than Closer—why is that?

Together with director Rami Hanafi and co-director Mikko Keskinen, we wanted to create a short film with a mood that differs from my previous edits. To me, it is very important to try to make different types of scenarios in the filmmaking because it’s so easy to stick to one way of doing things. Closer is all about snowboarding and represents that amazingly. But Svalbard Unplugged, it’s more about the challenge and mental game you have to play with the Arctic environment. Nothing but earning your turns out here. Rami Hanafi Photo.

5. What was the most challenging aspect of this project?

Definitely the weather. We were in Svalbard very late in the season, when spring starts to change to summer, and that’s when snow conditions start to become very dangerous at some points. Also, logistics were a big challenge for me. Doing one great line in Svalbard is amazing and to make that happen, it requires a lot of people to work together for one goal! Plus, you can’t have Polar Bears walking underneath your line either!

6. What was the most rewarding?

I’d say understanding the potential and how to make these kinds of trips work smoothly. Also, it was very nice to realize that you can’t go into these expeditions with only snowboarding in your mind. The most rewarding moments are usually the toughest ones because those teach you the most!