The surfboard has always been a powerful tool for Imani Wilmot. Through surfing, she’s created a safe haven for women in her community to escape abuse and sexual assault.

RELATED: Imani Wilmot — How this Woman is Changing the Surf Culture in Jamaica

These issues can be daily problems for Caribbean women, ultimately taking a physical and mental toll on the victims. Observant of these issues, Wilmot turned to the ocean to find a solution. There on the waves, she ideated Surf Girls Jamaica at the age of 17, which are female surf camps taught by Wilmot herself. Her students ranged from 2 to 45 years old, and all were eager to learn. Her underlying hope was to simply get more women on surfboards. 10 years later she’s kept at it, and it’s become a vital space for the local women in her community to discover confidence and courage in their everyday lives.

The short film by Real Stories is an intimate look at Wilmot's quest. Her end goal is accessibility so that women of color eventually feel represented within the sport as a whole. The film is a departure from the traditional surf flick, instead, it explores themes of empowerment and resilience through life’s many adversities. 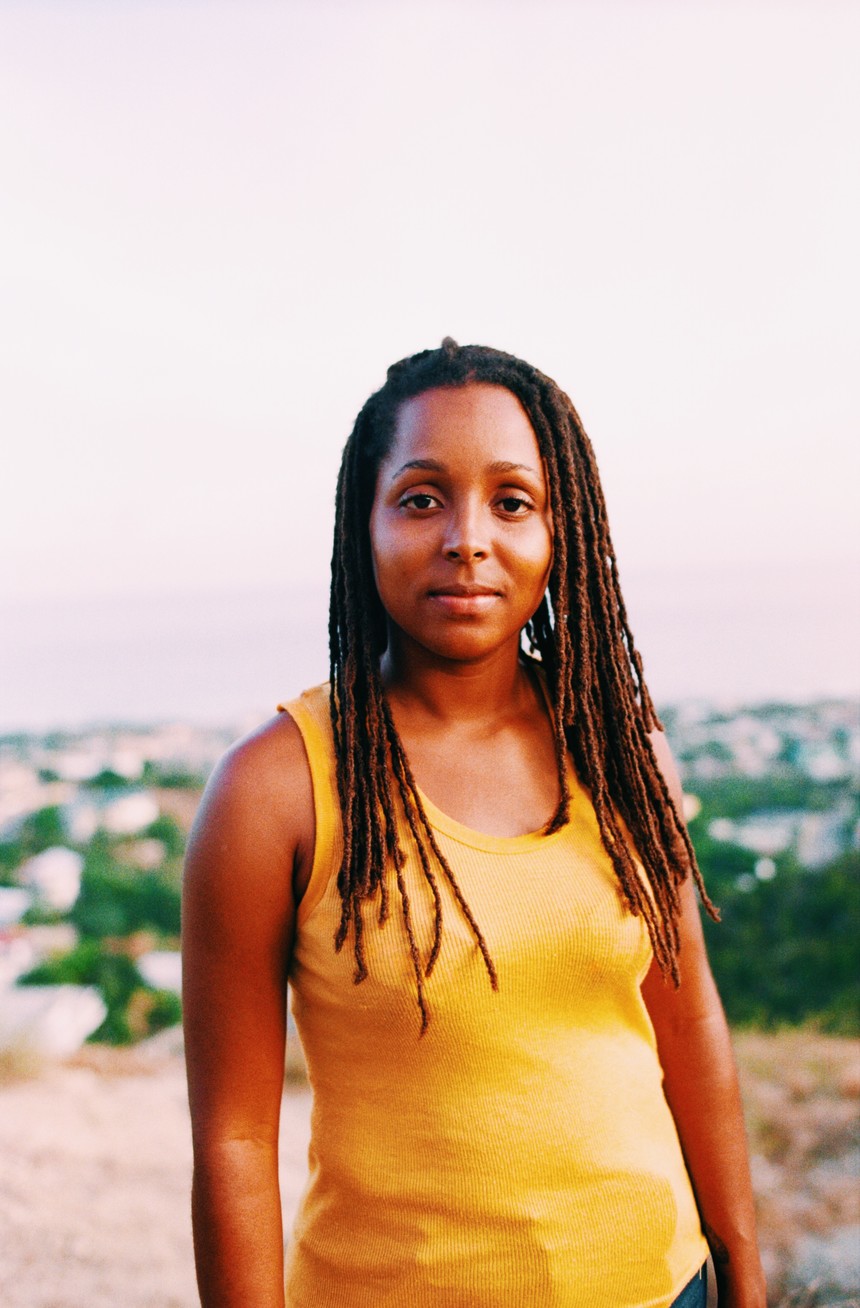 For Wilmot, surfing is about more than just competition, it's about lifting her community up. Berrow and Jane Photo.

Filmers Joya Berrow and Lucy Jane first discovered Wilmot and her story from our Breaking Through profile. The two filmers who were already passionate about the Caribbean surf community, and reached out to Wilmot to explore her story. Berrow and Jane were happy to answer a few questions about the project. Here’s what they had to say:

1. Call you tell me more about your background?

JB & LJ: We are an independent documentary duo, who grew up in the British countryside near the ocean—for which we're incredibly grateful. We recognized how nature is a therapy that should be accessible to all. We believe in the power of film as a strong impact film to address the injustices that remove people from the natural world. 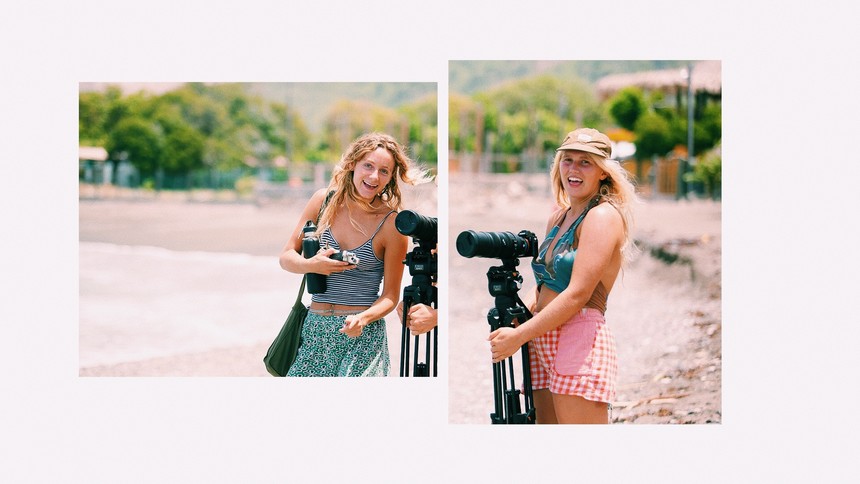 2. How did you discover Imani and what compelled you to tell her story?

JB & LJ: We’d spent some time amongst the Caribbean surf community before and realized that it had been ignored by mainstream surf media. Our goal is to tell these underrepresented stories because there are whole groups of women who cannot see a role model or place for themselves within the global surf industry. We actually found out about Imani and her incredible work through an article on Teton Gravity Research, and just reached out to her.

She’s actually a filmmaker too, and so this whole process has been a collaboration with her.

Surfing has incredible healing powers and Imani was using this to bring the women around her together to overcome whatever struggles they were going through. Despite the fact that she's an incredible role model, her story had never been given any light. It has the potential to inspire people all over the world on so many different levels and that’s why it is so vital her story is told. 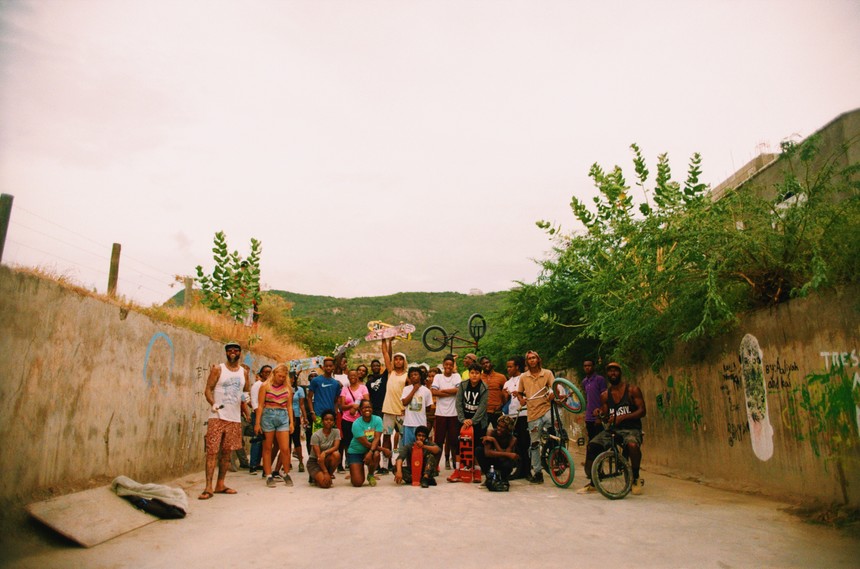 The community here acts like one big family. Berrow and Jane Photo.

3. What are the challenges that women face in Jamaica?

JB & LJ: It is undoubtedly a patriarchal society, sexual assault and abuse is a very real, daily experience for women there. Imani told us that it affects women in different ways, some become ‘very insecure and some women learn to develop a tough, hard shell’. The way that sexual discrimination has impacted these women can affect them in different aspects of their life. The space that Imani has created is quite unique in that there are not very many other support systems for women to escape from these challenges and therefore overcome them.

4. What did you learn from the experience and what was most unexpected?

JB & LJ: The richness of our experience was thanks to how open Imani and the other women were with us. We are so grateful for their trust and contribution in telling their stories because we learned so much from their daily strength.

We really saw how when women come together and share, everyone learns and grows. We did too. As we were developing the film, an important theme was surfing as a tool and therapy, but it was incredible to learn the true potential that surfing can have on a real human and emotional level. Before arriving in Jamaica, we didn’t know what to expect at all, but as soon as we met Imani and saw her contagious positivity, everything made sense. We are constantly learning from Imani’s daily commitment and motivation to her movement.

She has turned the negativity, lack of support, and representation in the surf industry into determination and pure gratitude for the ocean. 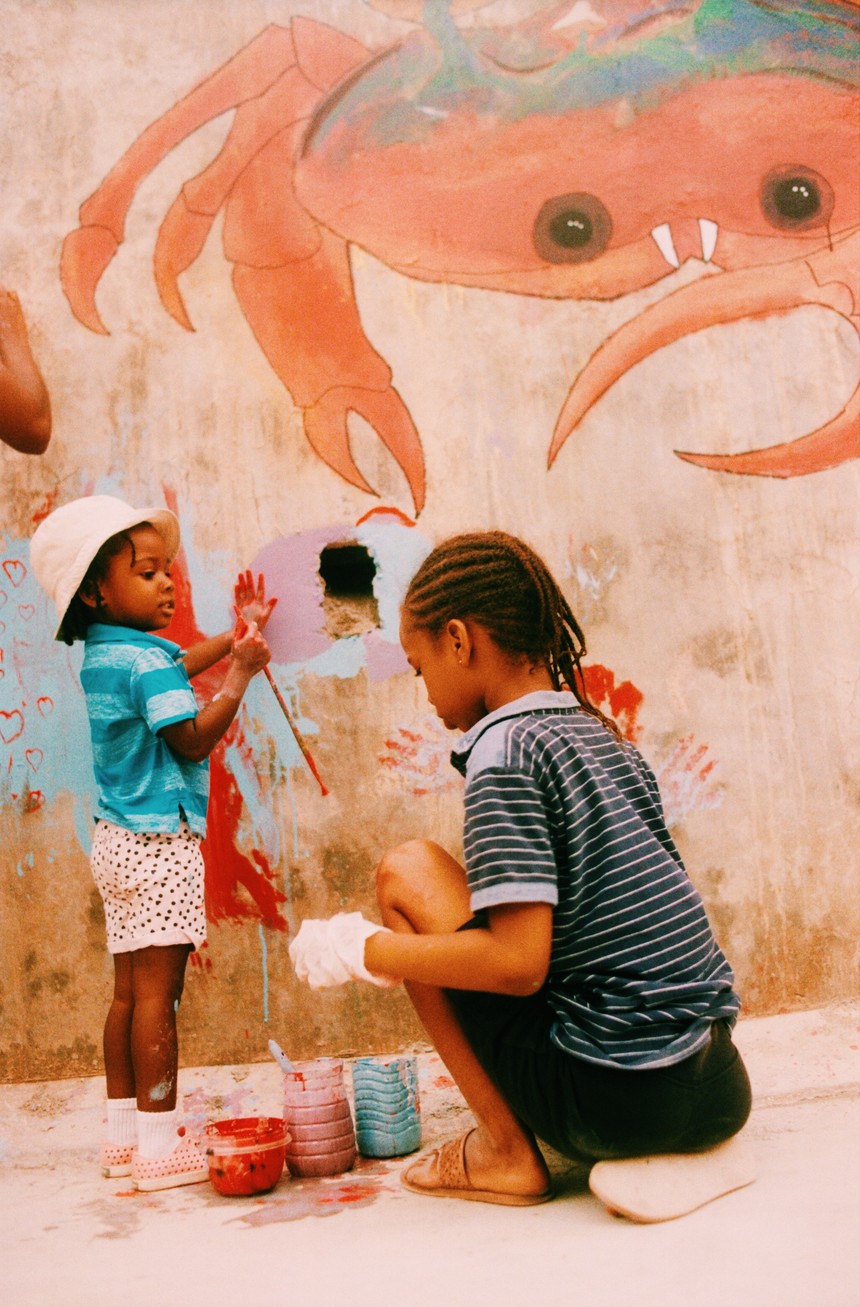 Wilmot hopes young Caribbean girls can seem themselves included within the sport of surfing. Berrow and Jane Photo.

5. What makes surfing a powerful tool for communities?

JB & LJ: Surfing is a powerful tool—if used to its full potential— on so many levels.

It's about connection; connection to nature, to each other, to ourselves. Imani’s father, Billy Wilmot, summarises this best in the film, he says, ‘Surfing is one of the most positive sports because it takes your eyes away from all of the negativity and corruption that is in society and turns you to the horizon. You are looking at endless possibilities’.

It's a positive experience for people individually because it can transform lives. At the same time, it brings people together. By sharing this experience, communities are formed who have a shared care for the environment around them, each other, and from there the potential to create an established framework for new grassroots economies, to actually create jobs, a place where people can see a future for themselves and the future of the planet.