Vote Your Favorite Skier As King Of The Hill

The King Of The Hill athlete battle is in full swing.

We’ve selected 32 skiers from 4 ski film production companies and have pitted them against each other in a “March Madness” style bracket to see who will come out on top.

Yes, we put some big dogs head-to-head in the first round, but our goal was to match equal skiers from the jump off. Also, we tried to pick athletes that have been in the game for a while now, as well as some up-and-comers.

So get in there, visit our facebook page and vote. Only you can decide the King Of The Hill. 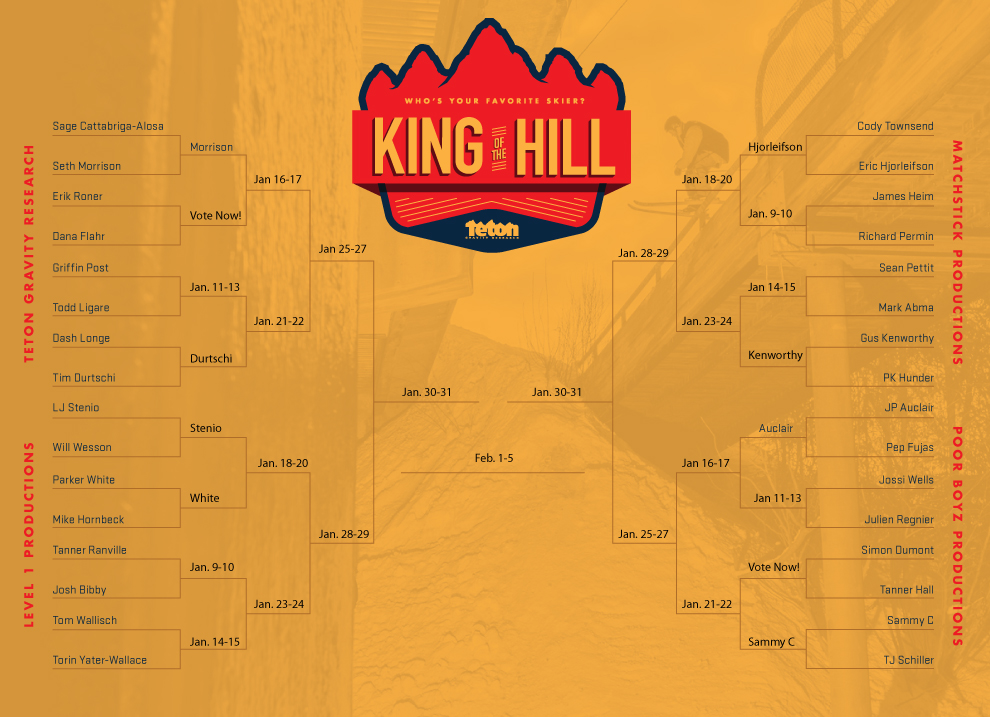