What Does This Comp Say About the State of Snowboarding?

The winter X-Games has undoubtedly revolutionized winter sports. It’s given what used to be considered a counter culture lifestyle a mainstream media spotlight backed by commercial audiences, worshipped by teenage fangirls, and supported by talk show TV spots.

Athletes are almost expected to throw at least three consecutive triples (and maybe even quads this year), introduce a new groundbreaking trick, and try to outstyle the other competitors. The risks are tremendous, the rewards career-changing, and the circuit completely inaccessible to the everyday rider.

RELATED: Spring Riding with the Yawgoons is a Rowdy Good Time.

The industry standard for comps like the X-Games, Dew Tour and now Winter Olympics requires riders to show up with bigger, better and more technical runs each season. And for the sport to progress, it’s safe to say that we need platforms and podiums to do just that. But in reality, there’s only so far that you can push the human body and so few bodies to actually do it without dying. So what do you do when you can’t throw a quad? Go back to your roots. 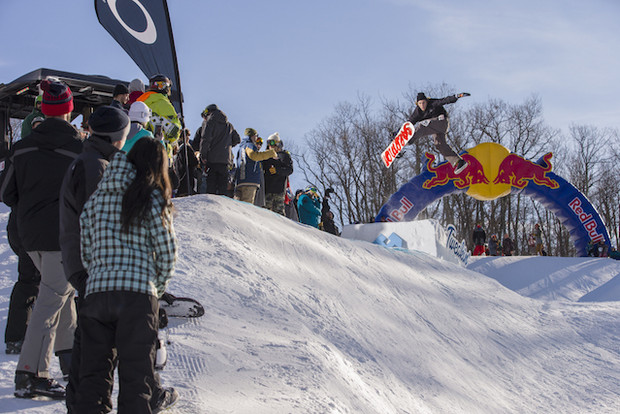 Competitors have the freedom to throw whatever they want on the course (more or less.) Chris Vanderyajt photo.

Snowboarding was born as a way to take surfing and skating from summer to winter. Rather than competing for time stamps or long jumps like its alternate predecessor, snowboarding was, and is, at its core a counter-culture lifestyle for the creatively inclined mountain enthusiasts. And that’s exactly who RedBull is speaking to with its newest comp, RedBull All Snow.

With its sophomore circuit starting tomorrow, All Snow is providing a free venue for riders to compete on unique skate-style courses (think hand-dug half pipes and stomped-down hips) on four mountains on the East Coast. Each resort will have the freedom to design and build their own park (solely out of snow, meaning no rails) and each rider will be judged on style and creativity, rather than trick progression and technical difficulty. It’s an open admission, come one, come all event that lacks the stress, spectacle, and intimidation of previous comps. Imagine local kids, competing on a local course, judged by world class vets.

RELATED: When Nature Gives you Jonas, You Shred NYC

So what does this say about the state of snowboarding? Is this the anti X Games? Not exactly. But it does highlight a need to bring snowboarding back to its homegrown roots–to forego trick progression and difficulty and highlight style and creativity instead. On the heels of riders (and skiers) like Alex Yoder and Sammy Carlson, more athletes each year are giving up the comp circuit to work on their style free from judges' pens and papers. Whether it be film careers like Sammy's or local viral edits like the Yawgoons, the X Games' iron grip on snowboarders' success might be slipping away, one season at a time. 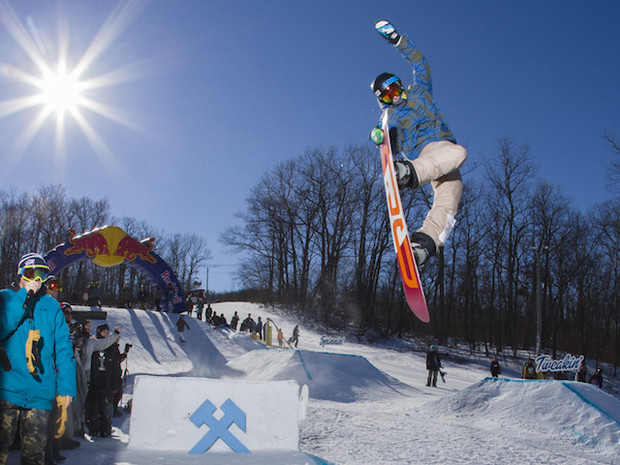 So rather than replacing, or dethroning if you will, big air and slopestyle comps, All Snow is making a little bit more room on the podium — a spot specifically reserved for super creative riders replete with style. It's the olive branch between the X Games and our hometown hills that we've all been waiting for.