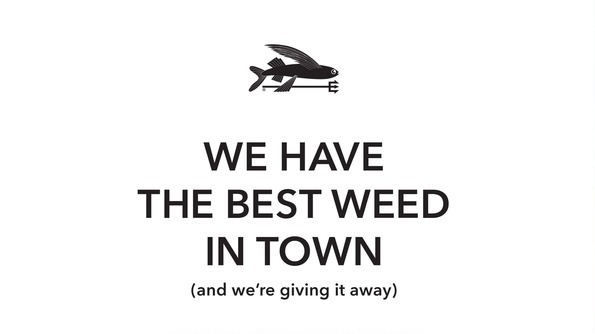 Oh, Patagonia. The envy of pretty much every outdoor company with any hint of a green heart, the Ventura-based brand has been sticking it to the man (Mad Men, you know, the ad guys) for years not only by producing ideologically-pure (or nearly so) garments for outdoorsy types and college girls made of some of the most environmentally-friendly materials available, but also by producing a string of tongue-and-cheek ads that would cause any normal marketing manager to have a stroke.

The "Don't Buy This Jacket" ad in the Black Friday edition of The New York Times was controversial in its own right and damned genius in another, garnering the company a ton of fame for the act, which pushed consumers to stop consuming so much, and buy into (pun intended) their Common Threads initiative to lower their environmental footprint by making garments last longer and recycling them when they're due.

Their newest sensational ad (above) is aimed to promote the fact that Patagonia is addressing what it claims is the dirtiest part of the surfing wetsuit: neoprene, a petroleum-based rubber built into the suit that's made through quite a nasty and enviromentally-unrad process. They've since partnered with a company in order to make a 40/60 blend between neoprene and guayale biorubber, a plant-based rubber, while simultaneously releasing the proprietary material to the rest of the surf industry. The idea being that more demand, after first making prices go up, will make more volume, making prices go down.

Of course, as part-time surfers and enjoyers of Planet Earth, we're all for anything that makes our beloved activities screw shit up less. But we have to say, the guayale plant is a bit of a stretch to make a weed joke out of. Made out of hemp? Or pure THC? NOW we're talking, and you'll definitely have gotten the attention of this guy: