Who Should Announce Freeskiing in the Olympics? 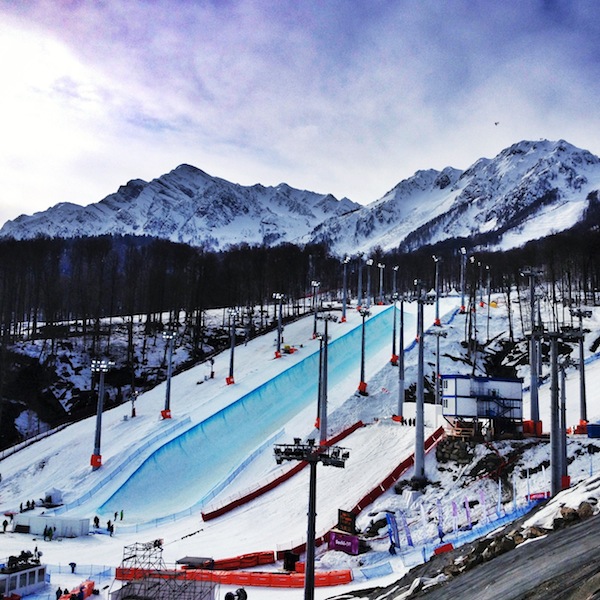 On February 11, 2014, freeskiing will make its debut at the Winter Olympics in Sochi, Russia. Who will announce this monumental event? Jen Hudak, a member of the U.S. Freeskiing team, and an Olympic halfpipe hopeful, created a petition for ski industry insider and current announcer Luke Van Valin to get the gig.

Why does Jen feel Luke is the man for the job? We caught up with her to find out.

What sparked your idea to create the petition for Luke Van Valin to announce the Olympics?

I serve on the AFP athlete advisory panel and we had a call a few weeks back regarding some new points list/ranking systems. It was brought to our attention that someone else was being considered for the job of announcing slopestyle and halfpipe at the Olympics and after some brainstorming we figured that a petition would be the best approach. [It would be] a pro-Luke approach and not an "anti-FIS" approach.

Are you the sole person spearheading this project?

I'm not the sole person spearheading the project. Anna Segal was on the call with me at the time as well as some other people involved in the AFP who choose to be anonymous for political correctness since they are affiliated with an organization. Anna and I discussed the idea of creating this online petition with Luke. I wrote a first draft, Luke made a few revisions, and then I created the petition online. I tweeted it and posted it on my Facebook, and others shared it, retweeted and there is a post on newschoolers.com about it. I've had a decent response, but I think we need more.

Why do you feel Luke is the best person for the job?

Luke has been around the sport for over a decade. He was an athlete himself and understands our lifestyle, the culture, the history and what it takes to be a top freeskier. He has been announcing at all of our major events over the last several years and does an exceptional job. There is never a dull moment when Luke is announcing. He is the epitome of freeskiing and that will resonate with viewers. 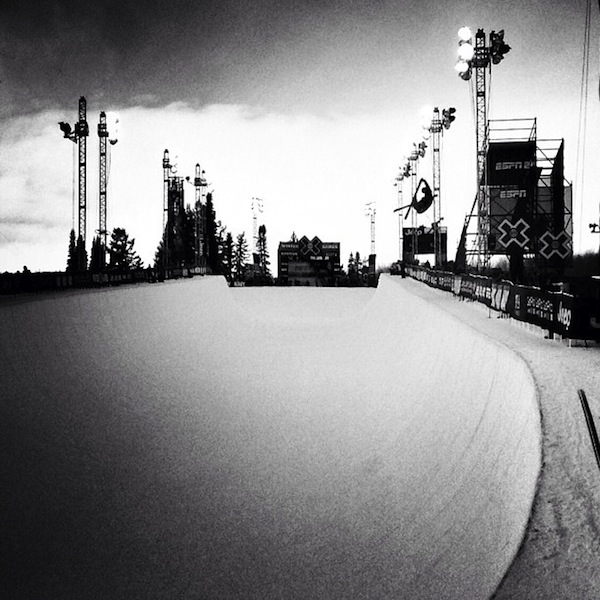 If Luke's not the announcer, do you have insight into who the alternative could be?

Right now, NBC has someone to announce all of "freestyle" which under FIS includes moguls, aerials, skicross, slopestyle and halfpipe. I do have insight into who the alternative is, but it is not my place to discuss that.

All I can say is that "freeskiing" is not "freestyle." There is a reason that the US created US Freeskiing and that we are our own entity within USSA. We are our own brand. I hope that other nations will be able to do the same in the future and that ultimately we will be able to differentiate ourselves within FIS. But for our first Olympic Games the world needs to understand who and what freeskiing is. We no longer come from the same pool of athletes as mogul skiers and aerialists. We climb the ranks through FREESKIING! The person that NBC is choosing is an amazing athlete and announcer, but that person's knowledge of freeskiing isn't what Luke's is. Not to mention, this person has never (to my knowledge) announced a freeskiing event before, so how is said announcer supposed to do it on the biggest world stage our sport has seen? 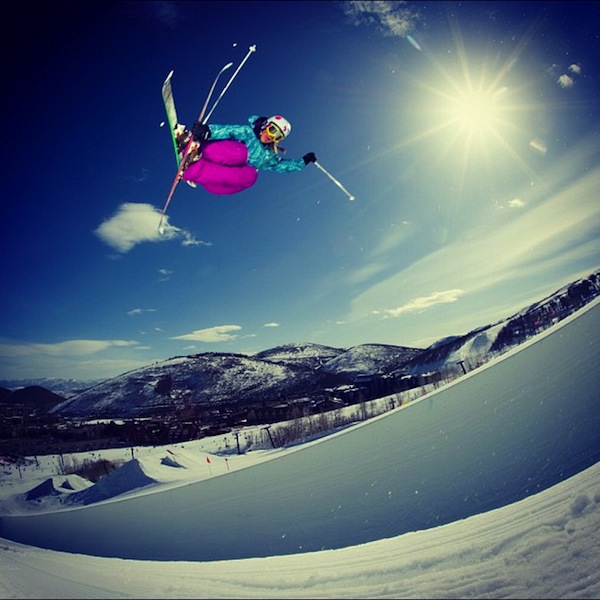 How does the petition process work? Once 1000 people have signed, does this open letter go straight to NBC? If so, then what?

I don't really know how the petition process works to be honest, I just felt that something needed to be done. I'm hoping to have at least 1,000 signatures before it goes to NBC, but the more the better. Honestly, I am kind of hoping for a few thousand. I think that would make an impression.

If this petition fails, do you have other plans in place to further this conversation?

If the petition fails, I will probably do my best to reach out to NBC directly. I want to make sure that they understand our perspective, but also I want to understand theirs. If their motivation is solely financial we can work around that. If it is about celebrity clout and appeal, then maybe there's nothing we can do. 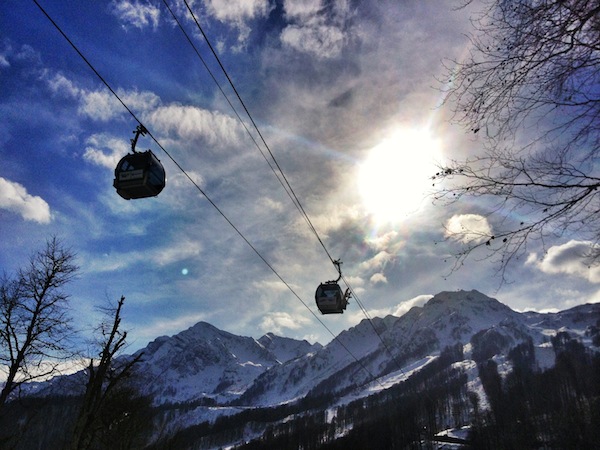 Aside from questions surrounding the announcer, do you have any other qualms about the Olympics in Sochi in 2014 (i.e, judging issues, athlete’s issues, international issues, etc.)?

I feel really good about the Olympics. There will certainly be frustrations along the way—the nation quota is really brutal [a nation is only allowed to send a maximum of four athletes per gender/per discipline] so for the US, there will be some major disappointments. But our sport was thriving before the Olympics and will continue to thrive after. I think it will inject new energy into the sport and more eyes will be on it, which is all positive. If you win the Olympics it will be great for your career, but if you don't you can still have a fulfilling career. I think that there is so much unknown right now, so much speculation, and a lot of it is negative, but I'm optimistic about what the Olympics will do for us. Freeskiing is ready.

I want to thank you for taking the time to do this interview. Also, the views expressed here are my personal opinion and don't necessarily reflect the views of my sponsors, the AFP or US Freeskiing. Big thanks to Under Armour, Rockstar Energy, Volkl/Marker, Giro, iRideParkCity, and Paul Mitchell for all the support over the last few years as I've gotten back onto snow. I'm looking forward to what the future will bring! 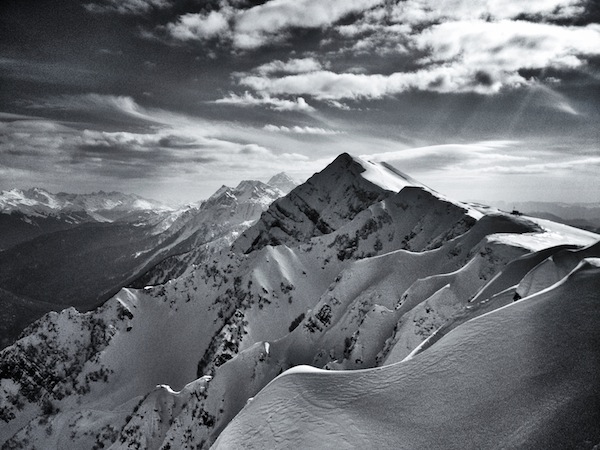 An excerpt from the letter to NBC:

Due to the complexity of our sport, we feel that [announcing] is not something which can be studied over a few months, but something that takes years of involvement with the sport and athletes directly. Although someone can have knowledge of what tricks are, only certain people will be able to give the new viewers some history on where the sport began, the direction in which the sport is moving, who did the first double, the girl that landed the first 1080, etc. This information will not only be educational, but will keep the audience engaged. The fruitful 12 year history of our sport is the foundation on which we will stand, and our united front has been accomplished through countless examples of individual determination, glory, and loss. Our story is a compelling one, we must have a good story teller. We feel this to be a task that Luke Van Valin has unknowingly been preparing for over the last 8 years. He is involved at the ground level with these athletes, and as a former freeskiing competitor, he truly knows the sport inside and out.

All photos courtesy of Jen Hudak.