In the biggest news to hit Beantown since we could tell all the Deflate Gate winahs to SUCK IT, Fenway Park is getting re-opened February 11-12 so that the USSA can host a Grand Prix big air contest right in the middle of the ballpark with all kinds of pros throwing wicked hard tricks to the delight of thousands of drunk Massholes.

With big air getting the green light for the next Winter Olympics, an increasing number of high-profile of urban big air contests have been going down in boring cities nobody from Southie's ever heard of, like Istanbul and somewheres in Canada. Instead, this is the first big air taking place anywhere as #bostonstrong as Boston is, and word on the street is my uncle's contractor union is gonna get a wicked lot a money to stand around drinking Dunkins while slowly building a giant jump out of scaffolding that might even reach, like, 100 feet into the air or something.

Besides wicked awesome tricks my cousin Barnie told me are gonna go down, like a cork 1060 or something whatevah, loads of other cool shit is going down as well:

-Free Dunkin Donuts Iced Vanilla Coollattas with 15 sugars will be handed out to all ticket holders and to those who snuck in 'cuz their cousin Larry O'Connell works security. 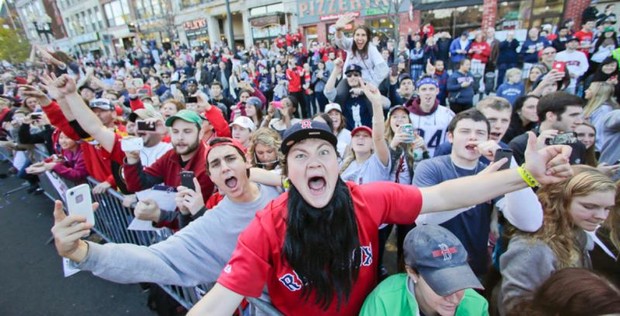 As of this morning, thousands of Red Sox fans were already lined up to try and get tickets. Hey, there's my cousin Marty!

-For those who only wear Red Sox jerseys, Fenway Park officials will be handing out Bruins jerseys for fans to keep warm

-Beer helmets will be allowed as long as they're filled with Sam Adams.

-After the bars close, there will be a Dual Fight 'N Shit Talkin' contest, in which the contestant who wins the most fistfights and can also shit-talk Yankees fans the best wins a chance to arm wrestle Big Pappi 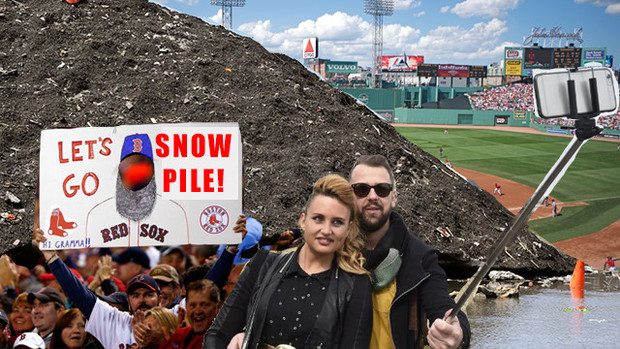 A photo booth with the infamous Boston Snow Pile will be a featured side show at the event.

While thousands of fans have already lined up on Landsdowne Street to day drink and wait for tickets for the big air event, I'm pretty sure my neighbor Mikey Drinkwater has priority since he's had seats behind home plate for like, forevah.