Driggs, Idaho: The Spud, most notorious as one of the last standing digital drive-in theaters in the country, is now becoming one of the area’s best concert venues. Beginning with last summer’s Dark Star Orchestra concert, which drew a crowd of 1,500, The Spud proved itself as an amazing outdoor concert venue.

Taking it to a new level this summer, promoter Poppa Presents has booked three major shows at The Spud this summer. Kicking off the season will be Widespread Panic on 4th of July. After a three year hiatus from playing in the area, this much anticipated show will set the tone for more exciting events to come.

On July 24th and 25th, Poppa Presents is offering The Rhythm Devils and Big Head Todd & The Monsters. Support acts to be announced soon. 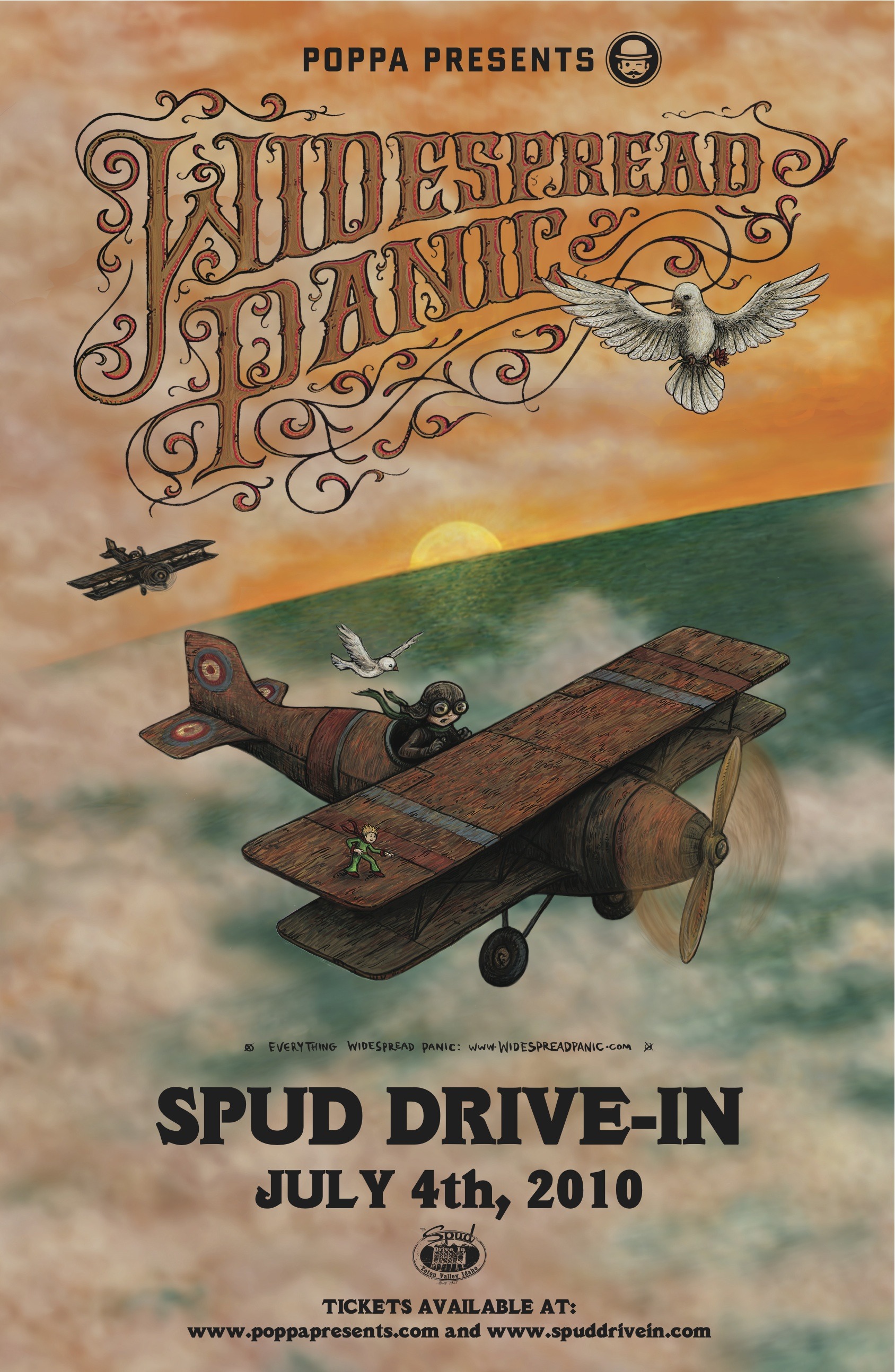 Big Head Tood and the Monsters has been a rocky mountain favorite for years, touring in support of their new album release 5 days before the show on July 20th, Rocksteady. Available for pre-order on bigheadtodd.com.

Early bird tickets to Widespread Panic are offered at $36.50 through June 7th and are available at tobacco row in Jackson, big hole music in Driggs, Knotty Pine in victor and online at poppapresents.com and spudrivein.com or by calling In ticketing at 1-866-55-tickets.

Tickets for The Rhythm Devils and Big Head Todd and the Monsters are available now at a discount price of $32.50 through May 31 at same locations.

There is an online special, full summer concert package available for all three shows for $101.50 until June 19. Rhythm Devils/Big head Todd weekend package for $65 until July 10. Package tickets available online ONLY.

On-site camping, food and drinks are offered at every show at The Spud. All shows are general admission, first come first serve. No cars or tailgaiting inside venue will be a part of this summers concerts.