Hi! My name is Amy David and I moved to Salt Lake City in 2010 chasing my passion for skiing! I’m inspired by action: people who turn their ideas into reality through action, action sports that fuel the adventurers’ soul, and taking action to improve the planet we inhabit.

As a guest blogger for Ski Utah, I created the series Wild Women of the Wasatch to feature women of all backgrounds finding happiness through outdoor sports in the Wasatch mountains. The first episode is about a few amazing ladies of the Wasatch Adaptive Sports (WAS) program based out of Snowbird Ski and Summer Resort. Be sure to watch through the end of the video, it’ll pull at your heart strings.

During the fall of 2015, I stopped working at my full-time job doing PR for an outdoor sports event production company. With some of my free time, I began volunteering at WAS where I assist the instructors with ski lessons for people with various types of disabilities. The mission of WAS is to encourage individuals with adaptive needs and their families to expand their potential and engage in active living through year-round recreational, educational and social activities. WAS programs focus on increasing independence and mobility in a social environment.

Check out this video that we shot this past March which highlights the incredible women of the Wasatch mountains:

Anna Beninati was run over by a moving freight train above her knees when she was 17. After three weeks in the hospital, she began taking mono ski (sit-ski) lessons with WAS. She soon became an instructor and is training to race in the Paralympics. 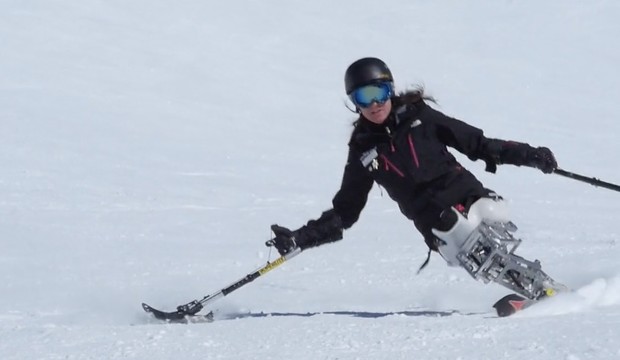 I saw what the skiing did to me. As my physical recovery improved, my mental and emotional recovery improved. It’s like skiing gave my body a purpose again instead of just being this damaged thing wheeling around in a chair. It was like there’s power in me now. To be able to give that to other people, to see that in my students as they harness that power they didn’t know they had anymore, it’s amazing. When I’m skiing, I’m able bodied again. When I’m in my sit ski, I’m whole. The fact that I don’t have any legs doesn’t mean anything on the ski hill. When I'm in the mountains when I’m skiing, I feel whole.

Anna competed in her first world cup race this season with the goal of qualifying for the 2018 Paralympics. We could all learn some life lessons from her outlook.

Gracie is a two and a half-year-old ripper who has down syndrome and on her second-day skiing with instructor Carolyn Wale, is described as being strong and fun to work with. The hours spent skiing are beneficial to her social interactions and building physical strength. Another participant, Barbara Ishimatsu, began skiing once a week with WAS after having a stroke. You would never know she had a stroke, and the WAS handles her skiing logistics while she’s able to enjoy the fresh mountain air. 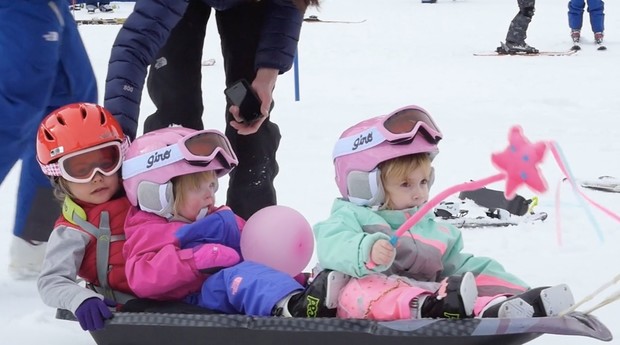 Kendra Muller is a young woman who became paralyzed after a column of bricks fell on her. She loves trying new things and has a stubborn and independent personality which motivates her to try anything. After describing how exhilarating skiing is, Kendra told me her advice to anyone else in a similar situation is,

You can do anything that anyone else can do, so there’s no reason not to just go for it. 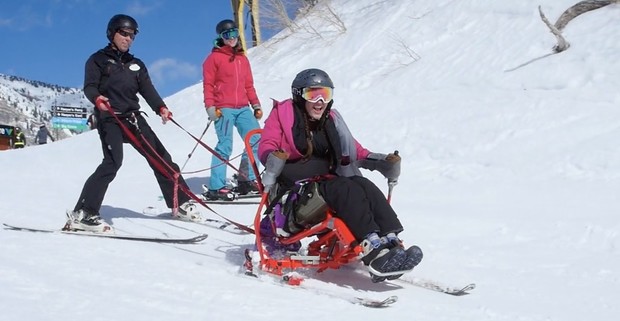 Founded by Peter Mandle, the WAS program builds strength, stamina, and self-esteem while enhancing the quality of life for all the participants. State-of-the-art adaptive sports equipment enables WAS to offer its services to individuals with every type of disability and affordable ski lessons to children and adults with disabilities from a low socio-economic background. The 2010 inception of WAS Veterans Program was to provide recreational activities for veterans coping with military-related physical, cognitive and emotional difficulties.

The act of skiing or snowboarding is an incredible experience that is a natural happiness remedy. Physiologically, going through the motions of skiing, the human body releases certain hormones and neurotransmitters that induce happiness such as dopamine, serotonin and endorphins. For individuals recovering from injury, skiing is hands down the most fun physical therapy! By participating in outdoor sports, we develop confidence and an intrinsic appreciation for our bodies which will last a lifetime. Spending time in the mountains is where I personally find peace, freedom and happiness. Taking time to share that with other people who otherwise wouldn’t have a chance to is a meaningful gift we can give.

Also, there is an equally cool program, called The National Ability Center, empowering individuals on the Park City side of the Wasatch.

The second episode of Wild Women of the Wasatch shows off some of the local ladies ripping big lines and airs along the Wasatch front. Huge thank you to Croshane Media for joining me on the adventures to film and edit these videos!

Keep the conversation going on Instagram with all of those involved with this project. 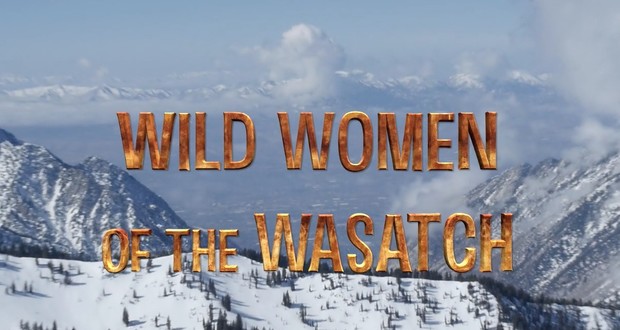