Your Crankworx Update: The Whip-Off 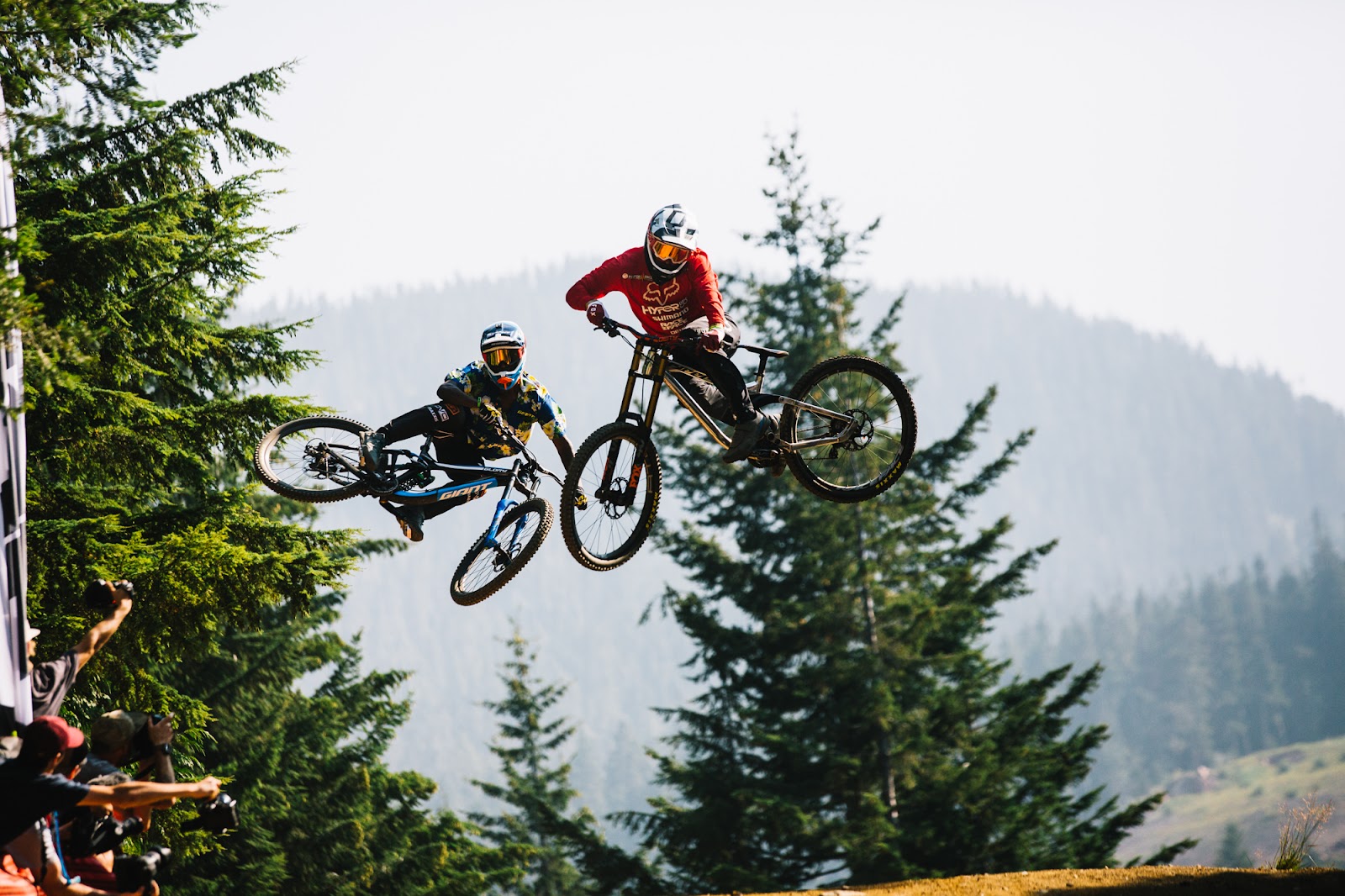 The competition is simple and straightforward: who can get it the most sideways?

The Whip Off, perhaps the rowdiest event at the Whistler Crankworx lineup, began with the most humble of origins. In 2011 Sven Martin had a wild idea: hosting a competition on the crabapple hits. It quickly became a favorite of many in the industry, an opportunity for racers from different disciplines to duke it out with their best whip. Following that first year, the event has grown with the crowd, energy, and the amplitude of the tricks—with this year being no exception.

With the fields next to Crabapple hits filled with a sea of people, competitors began hitting the four pack. Initially, the windy conditions were looking like they could derail the event. Strong gusts, which helped clear the smoke that has annoyingly persisted for the first half of the festival, now made the colossal jumps even more dangerous. “There was a lot of wind. The first couple of jumps I got caught in it,” explained Casey Brown. “My nerves were pretty high at the top.” The wind would throw off Graham Agassiz, who took a severe fall and was rushed from the competition to urgent care.

Thankfully, the wind subsided, and when it did the whips only got more sideways. Brown was able to find her groove and began reminding us why she reigns as the queen of the event. “I’m stoked to make it back on the podium again,” she explained because it’s become one of her favorite events to participate in. After a challenging start, Casey brown soars straight to victory. 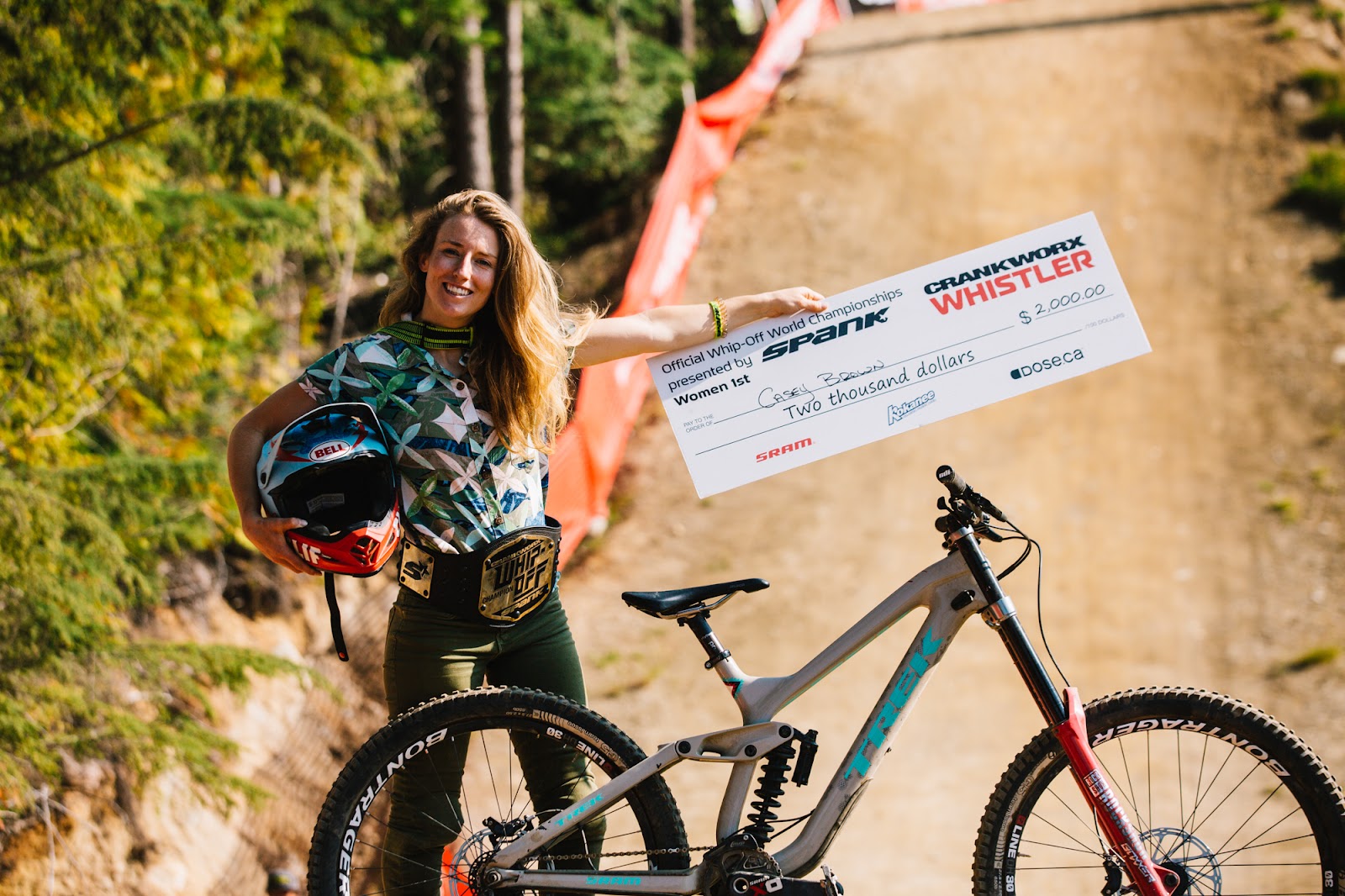 To no one’s surprise, her reign in the event remains supreme. Brown has won the Whip Off at each Crankworx stop this year. 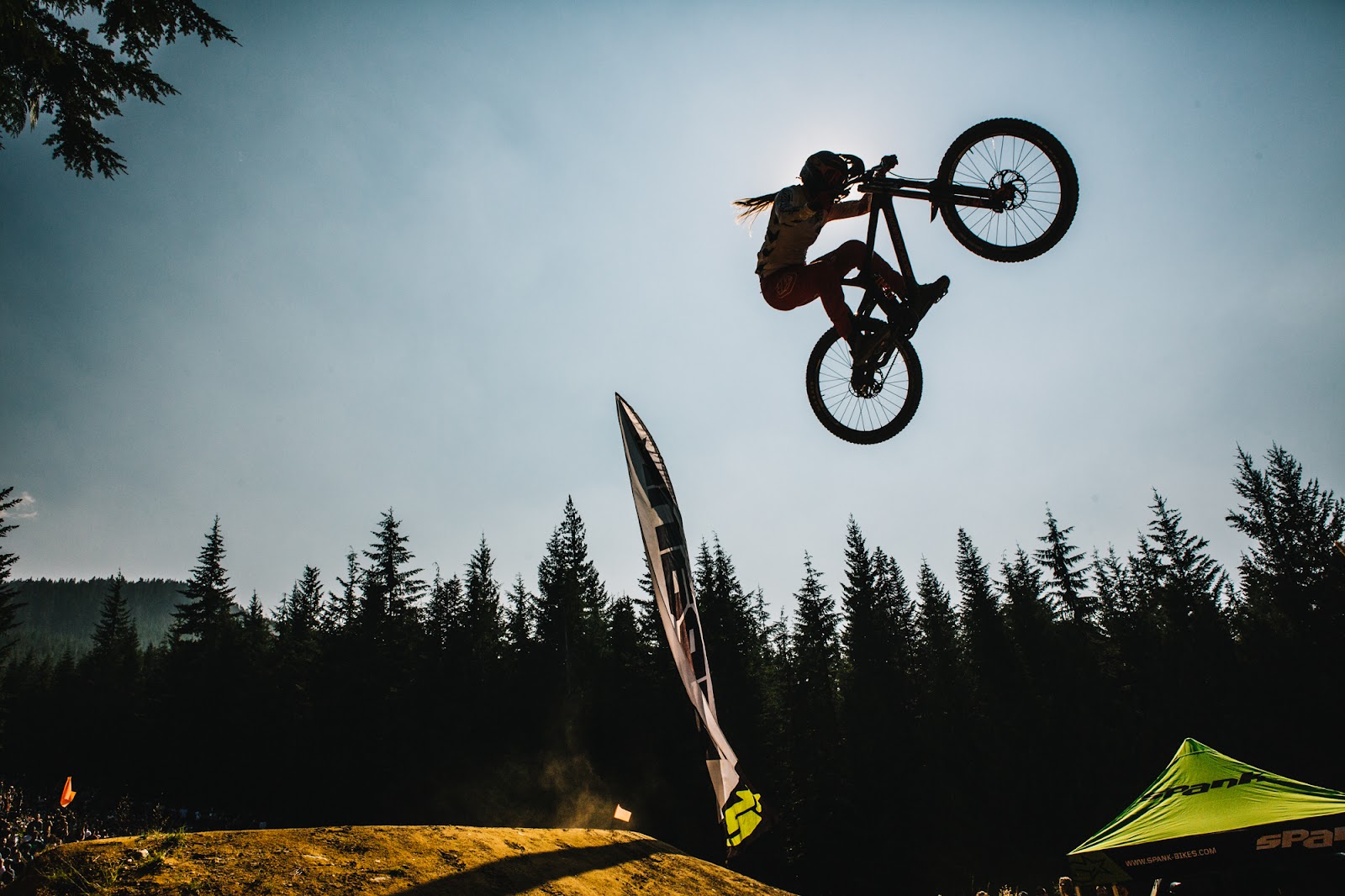 Brown was joined by four other ladies in the competition, who duked it out alongside her. 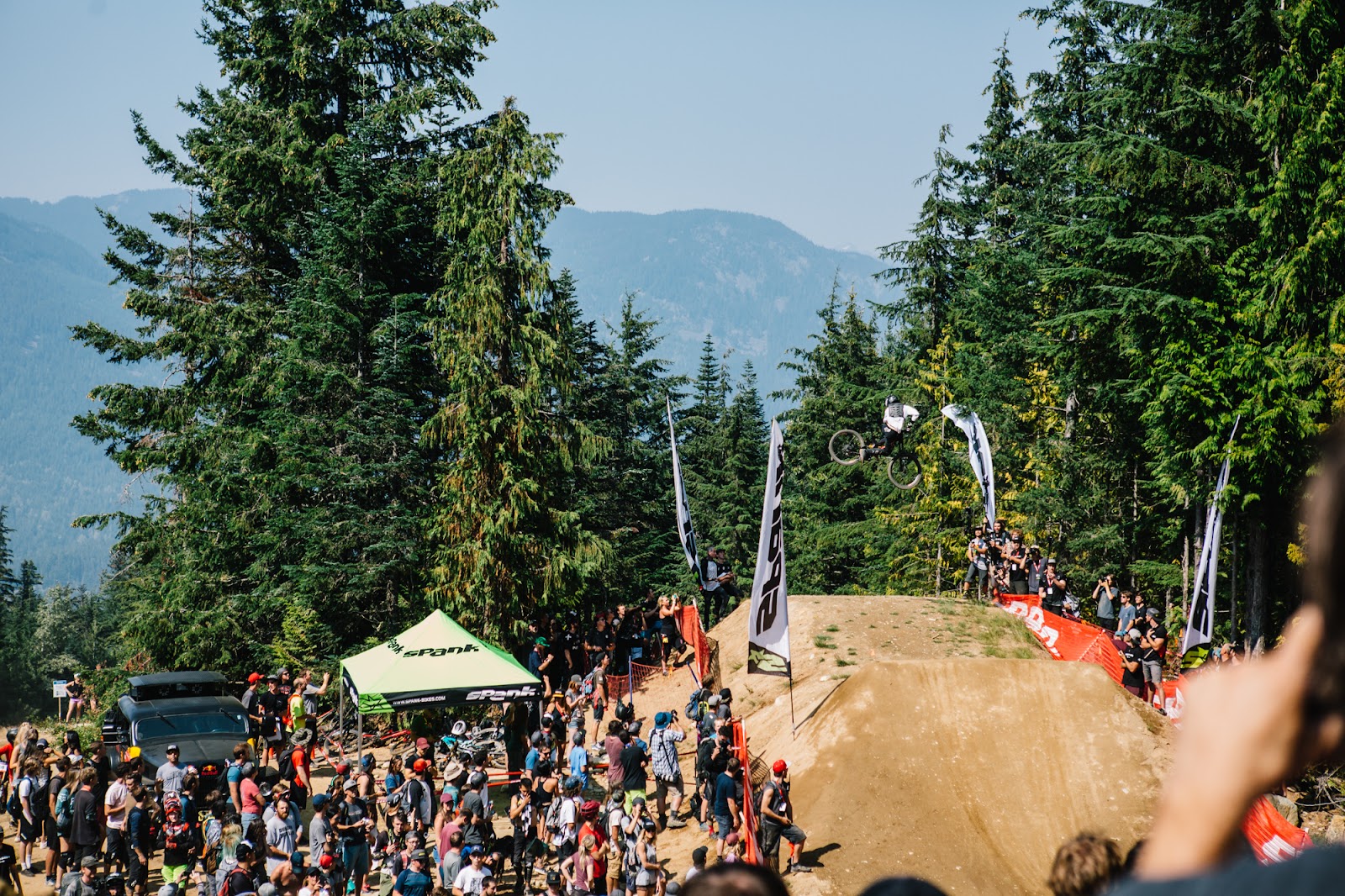 We’re not sure what was more impressive, the tricks or the sea of spectators that came to watch.

On the men's side, the competition was stacked. What makes this event really unique was the diversity of riders, there was a mix of everyone—from freeriders like Darren Berrecloth to downhill racers like local boy Finn Iles. Some brought the party along with their tricks, Ryan Howard aka “R-dog”, was decked out in full Hawaiian gear with his bike to match. Over time, judges narrowed the field to only the strongest whips. This elite group would leave it all on crabapples, with Allen Cooke emerging as the victor. 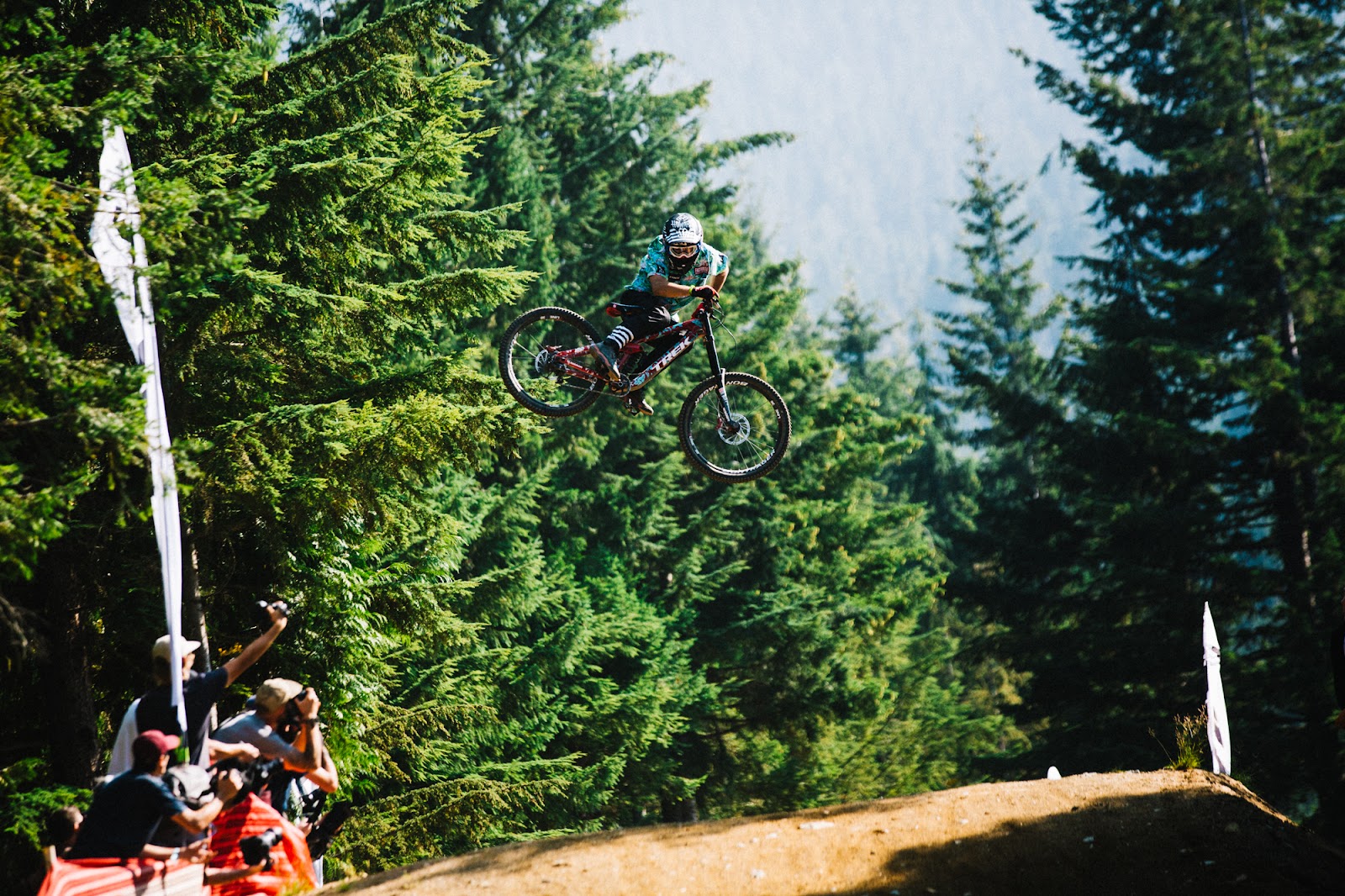 R-dog brought the party with both his style and steeze on the bike. 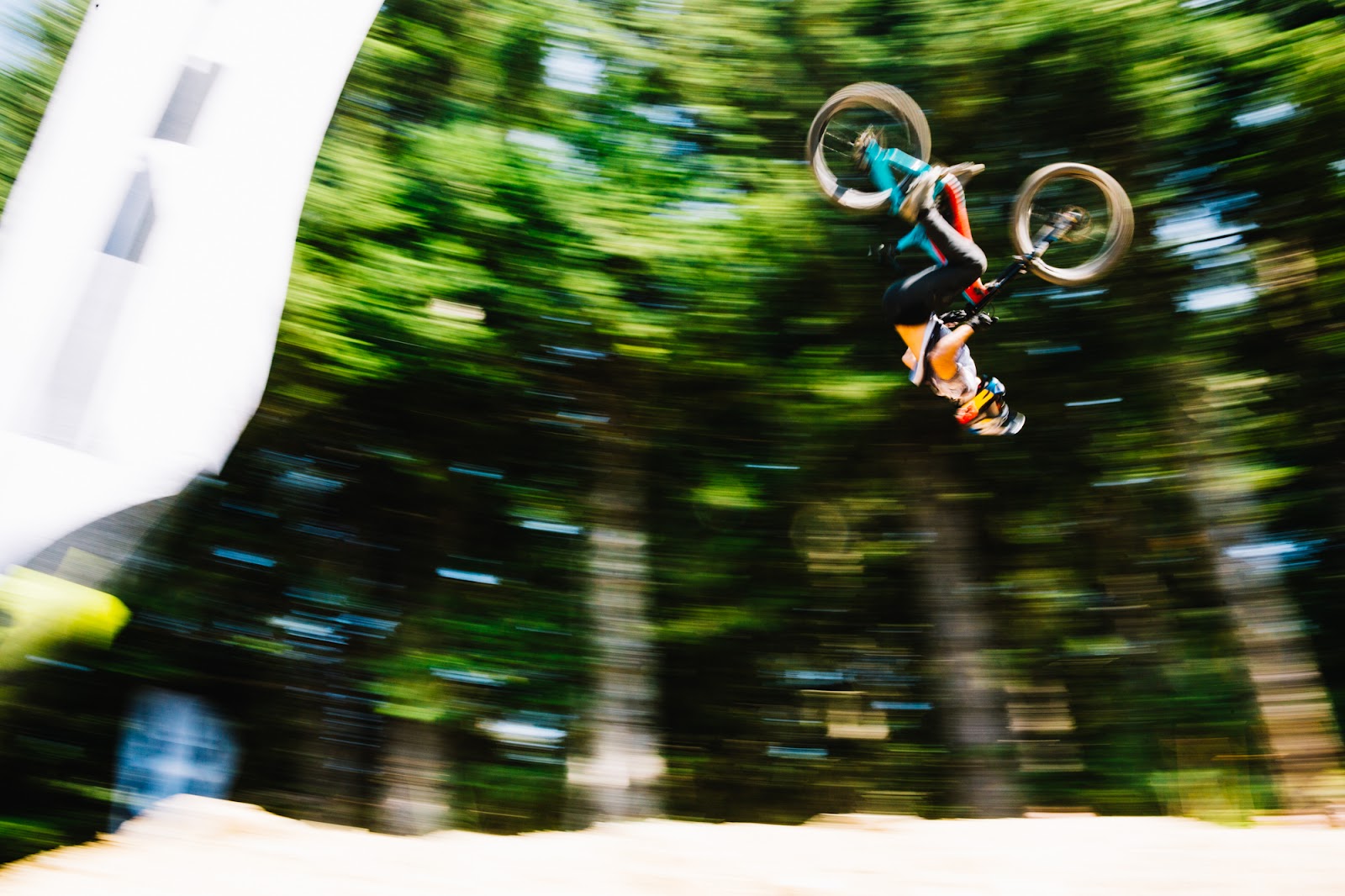 The 3rd jump is fair game, so often riders get extra playful with whatever tricks they have up their sleeve. Carson Storch airs out with a backflip. 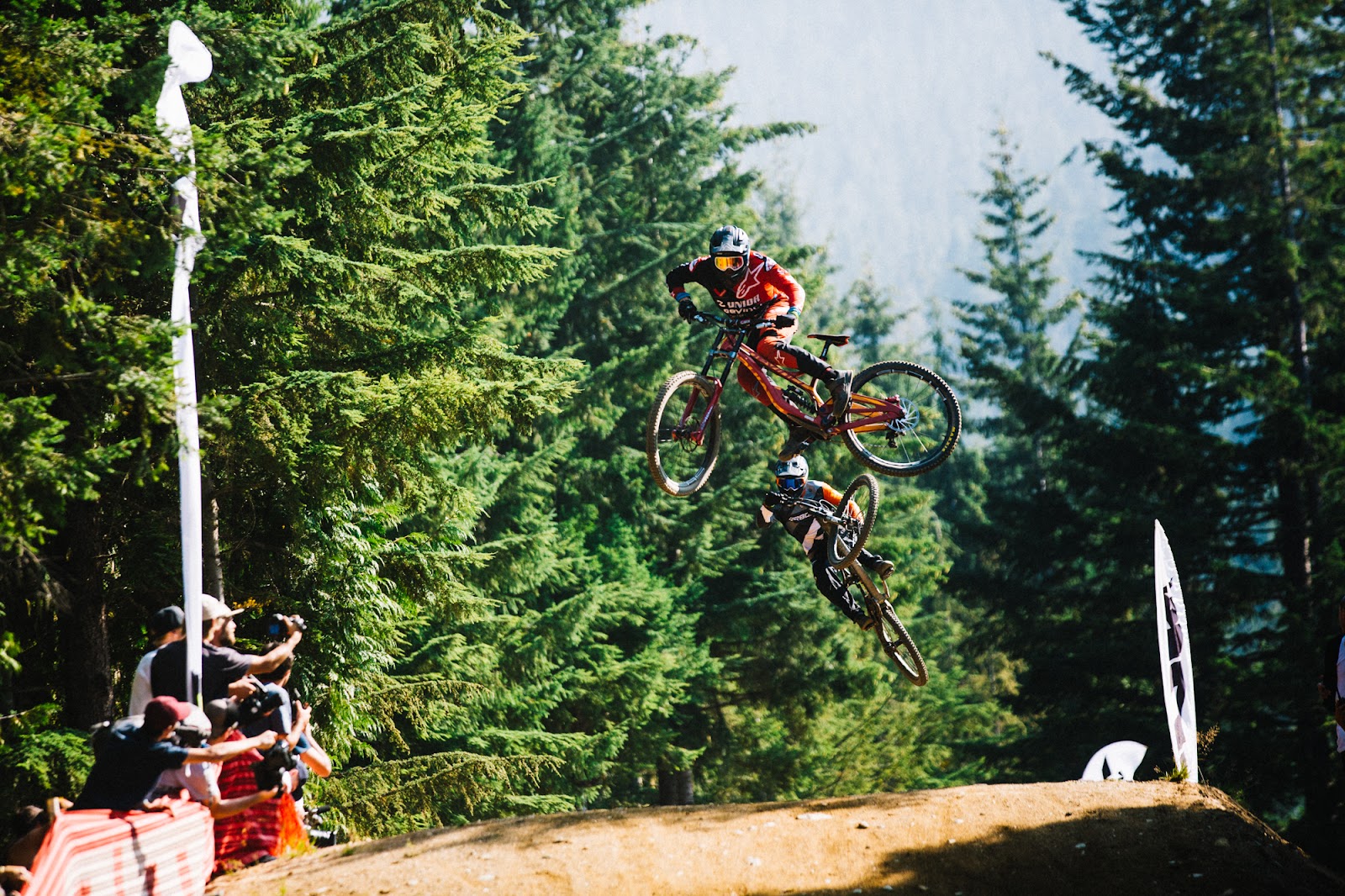 Party trains don’t help your score, but they sure are fun to watch. 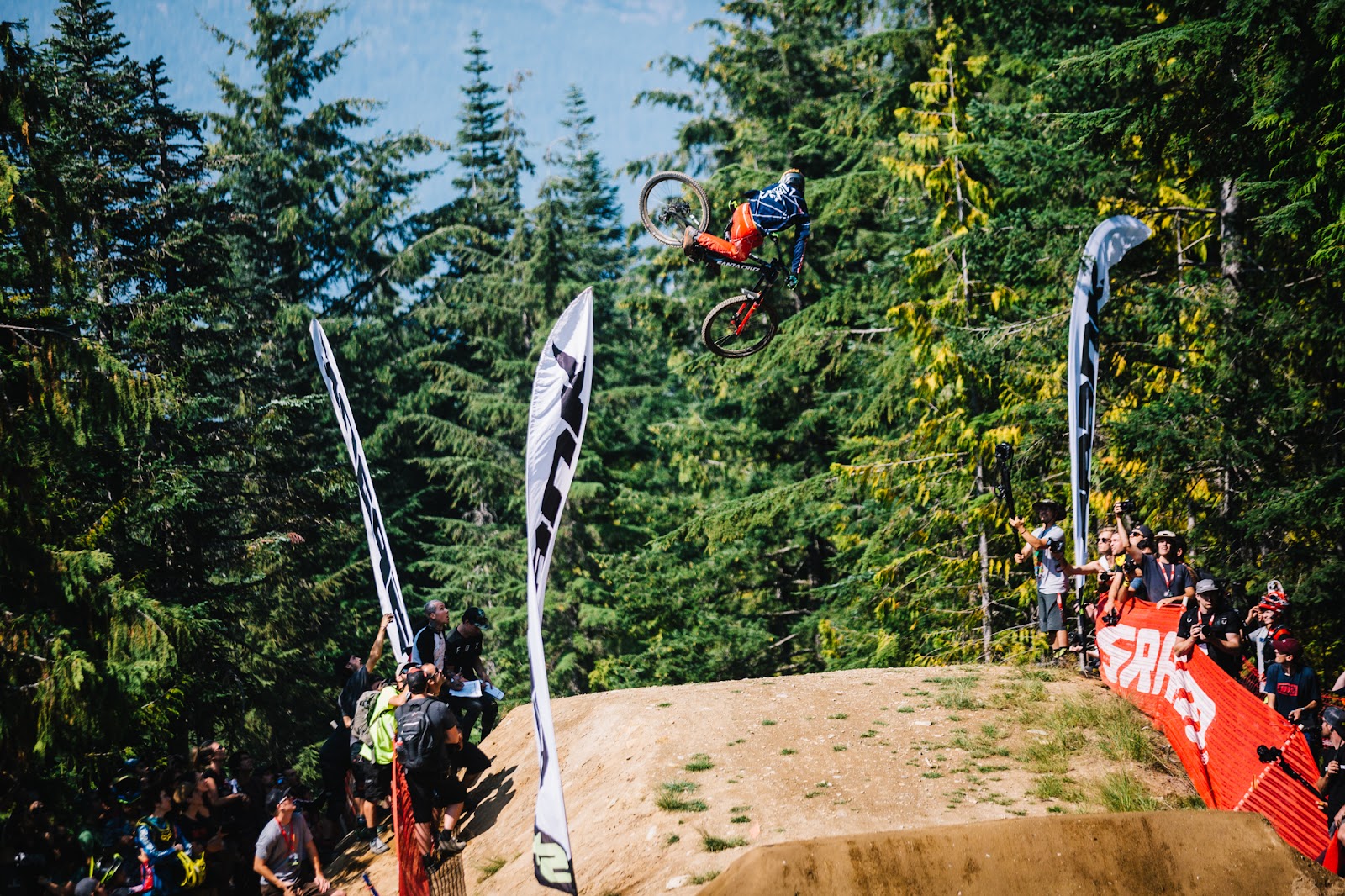 We saw many impressive whips, but Allen Cooke’s would leave the greatest impression on the judges. 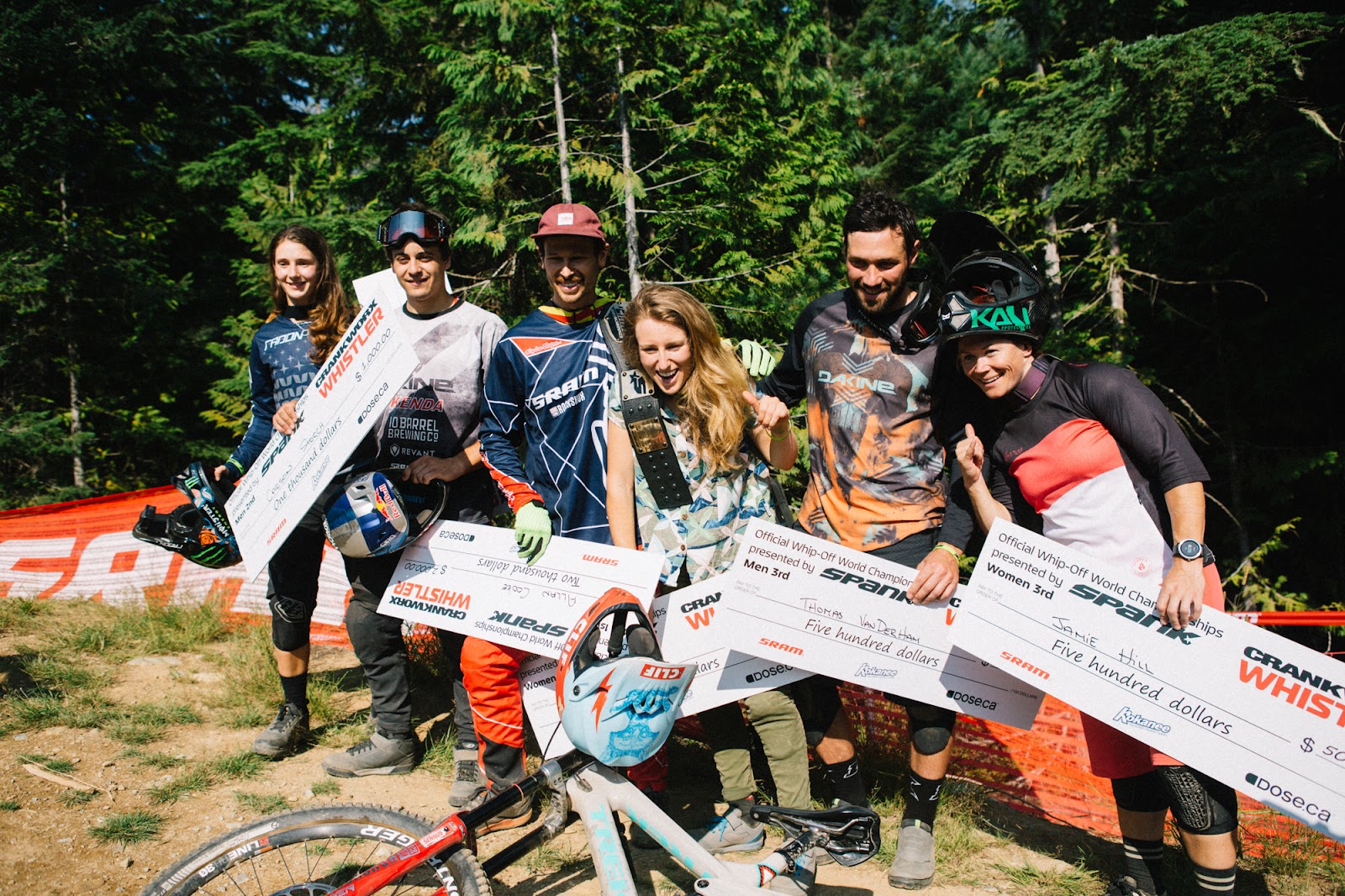 Time to Celebrate! Allen Cooke, Carson Storch, and Thomas Vanderham held the podium on the men's side, meanwhile, Casey Brown was joined by Manon Carpenter, and Jaime Hill.